Find Out Why More Women are Paying Support 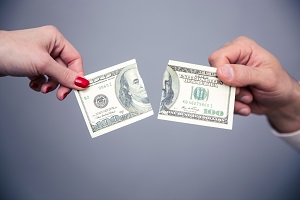 A stunning “MarketWatch” report says more women are being required to pay spousal and child support. The news stems from a survey last year of more than 1,600 lawyers by the American Academy of Matrimonial Lawyers.

One lawyer quoted in the story revealed some women are not too thrilled with the latest news related to the growing earning power of women.

“Many women – no matter how educated, professional, or modern they are – are surprised to learn they might have to pay support. It’s something that has been ingrained for generations that fathers pay support,” she said. Learn more by talking to child support attorneys in San Diego from Men’s legal.

How Many Women are now Paying Support?

Digging into the survey results, we find that 54% of the attorneys had seen an increase in the number of mothers ordered to provide child support within the past three years.

Another 45% of the lawyers noticed a similar uptick in the numbers of women required to pay for spousal support.

While reasons vary from case to case, the primary reason for the increase is the growing number of women who have become family breadwinners.

Why do so Many Men Still Not Fight for Spousal and Child Support?

Even though the Uniform Marriage and Divorce Act of 1970 provided the avenue for men to pursue support, it often comes down to simply having the courage to fight for it – as we wrote in a previous entry.

In that article, we shared the experience of a divorced man who did not take the advice of his lawyer to pursue support from his former wife and made a mistake when paying support, who was making well over $100,000 in her career while he had opted to put a hold on his teaching career in order to take care of their two children.

Instead, he opted to scrounge a host of adjunct teaching and writing jobs in order to make ends barely meet.

When asked why, he simply said that he’d “never hit a girl or beg from a girl,” and he viewed asking for support as “begging.”

When a judge makes a decision about who is paying support and for how long, it’s not done as a means of “begging” or “trying to get even on behalf of one spouse or parent.”

The issue of support is about offsetting any imbalances once the couples split.

Rather than the gender of the parents or spouses involved, the decision support is based, in part, on:

Have Questions About Your Divorce Options? Call the Men’s Legal Center in San Diego.

We understand that fighting for support – especially for men – can be an uneasy thing to do. But that’s because of the way our minds have been conditioned by society. Consider learning about Dennis Quaid’s case and his clever workaround child support.

The cold hard truth is that when bills come due, it will be money – not societal feelings – that pay them.

For a free phone consultation about your options, and to make an appointment, call us at 619-234-3838, complete our quick online form, or get in touch via email.