The Men’s Legal Center is a law firm comprised of San Diego family law attorneys who understand that the foundation of this type of legal practice is the people.  This includes the people on our team and the people we serve.  Therefore, we would like to take this opportunity to allow you to get to know the attorneys who have served countless clients in regards to their family law needs. 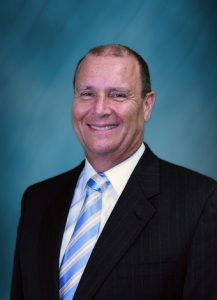 Mr. Candelore served in the military, both active and reserves, ultimately earning the rank of Colonel from the United States Army. Mr. Candelore deployed on active duty overseas during Operation Desert Storm and Operation Iraqi Freedom. Some of his duty assignments included working as a Regional Senior Law Enforcement and Anti-Terrorist Officer, stateside during and after 9-11; and Iraqi Police Development Project Officer, in Iraq. Mr. Candelore also has served as a translator at the United Nations and enjoys writing books in his spare time.
Return to Top 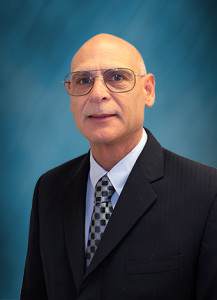 Mr. Hokstad has extensive family law and civil practice experience. He believes that his practice of law should be in pursuit of the truth for his clients in the California legal system. When possible Mr. Hokstad advocates mediation. People do have legitimate disagreements and both parties can have very valid reasons for their contentions and claims. The goal of mediation is to facilitate a meeting of the minds resulting in an agreement.

Mr. Hokstad has been married to his wife for 38 years and they have two adult sons. He likes to relax on the weekends by going fishing. He is an avid world-class fisherman. Mr. Hokstad attended Liberty University in Lynchburg, VA for his BS, Bethel Theological Seminary for his MA and he received his Juris Doctorate from Western State University. 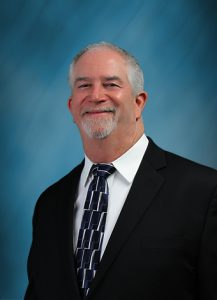 Mr. Merker, who prefers to be called Steve, grew up in Chicago. He graduated from Southern Illinois University Law School in 1981. Steve has enjoyed the last 35 years practicing law in San Diego. Steve began his career as a solo practitioner with a general practice in civil, criminal, and family law. In 1993, he decided to limit his practice to Family Law and in 1996, he established Merker and McDonald. Before joining Men’s Legal Center in 2016, Mr. Merker also served as a Temporary Judge for the Superior Court, as a Settlement Judge since 2007. He is on the San Diego Family Law Bar Association Alternate Dispute Resolution list for Family Law mediation.

Mr. Merker has been married to his wife, a special education teacher, for almost 18 years. He has two adult children from his first marriage, 5 adult step-children, and 5 grandchildren. Steve spends his free time enjoying the sunny Southern California weather relaxing with family and friends, playing on the beach, and golfing.

Mr. Merker has personally been involved in child custody litigation. He believes in helping parties resolve their matter amicably, reminding the parties to focus on what is in the child’s best interest. If necessary, he can become an aggressive and fiery litigator. Mr. Merker also handles misdemeanor and felony criminal matters.
Return to Top 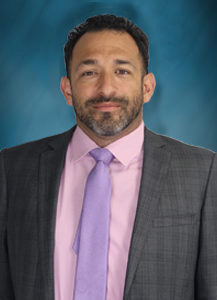 Mr. Batara is a native San Diegan. He was raised in Chula Vista and La Mesa and has a passion to help serve his local community. Mr. Batara graduated from San Diego State University with a Bachelor of Arts in Political Science. He attended Thomas Jefferson School of Law, where he interned with the San Diego County Public Defender’s Office and volunteered with the Legal Aid of San Diego’s Unlawful Detainer clinic.

Mr. Batara believes that everyone should have access to the justice system and that all voices should be heard. Mr. Batara’s upbringing and background have given him the desire to help those in need of family law help. He understands firsthand the problems and the toll divorce and custody issues can have on children, for this reason, has dedicated his career to helping families find solutions.

Mr. Batara has a young daughter and is engaged to be married. He is fluent in Spanish, is an avid sports fan, loves the San Diego Padres and Chargers, and enjoys spending quality time with his family.
Return to Top 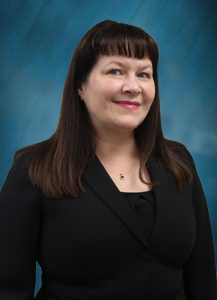 Jeanne has served on active duty in the United States Navy, both as a Naval Flight Officer and as a Judge Advocate.  Jeanne has also been a military spouse.  She is currently a reservist in the Judge Advocate General’s Corps.

Because of her military service, Jeanne has a broad understanding of the challenges that military families face, and the difficulties in parenting and maintaining a family while on active duty.  She couples that knowledge with an in-depth familiarity with family law and family law courtroom experience.

Jeanne’s practice includes marital dissolution, child custody and visitation, child and spousal support, property division, and domestic violence, among other issues.  She has special knowledge in the area of military divorce.  Jeanne has been trained as a professional mediator and holds a Mediator Credential from the National Conflict Resolution Center, so she understands the value of settling cases early.

As part of the follow-on to the divorce process, Jeanne prepares the wills and living trust for clients.  Also, to protect the military retirement, Jeanne will represent military personnel in administrative separation proceedings. Jeanne represents military personnel in domestic violence proceedings, which have a direct impact on their careers.  Jeanne and the Men’s Legal Center share a common passion of representing clients and their families at one of the most stressful and important times in their lives.

The San Diego family law attorneys at the Men’s Legal Center help clients with all types of legal matters that relate to family law, including:

If you are facing the prospect of ending a marriage or any other family law-related issue, you need to seek the help of the San Diego family law attorneys at the Men’s Legal Center as soon as possible.  Contact the firm now to schedule an initial consultation so that you can be sure that your rights are being protected.