How Is A Military Divorce Different? 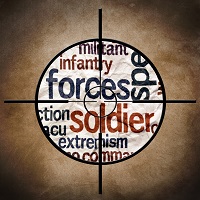 In this issue, we’ll talk more about it.

How many military men and women are divorcing?

The overall military divorce rate remained virtually unchanged at 3.1%. It was 3% in 2015.

That’s a difficult question to answer because civilian and military divorce are calculated differently.

For example, the total civilian U.S. divorce rate is measured per 1,000 residents and excludes information from 5 states – including California.

Aspects of military life that can lead to divorce include:

How is a military divorce different than a civilian divorce?

We detailed this in a previous issue. There are three things that concern most people seeking military divorces:

If you are looking for a San Diego legal separation lawyer to help you with your military separation or divorce, call The Men’s Legal Center. An experienced San Diego divorce attorney will help you protect your rights and take the steps necessary to reach resolution in your divorce issues.