Find Out Why Divorce Is Increasing Worldwide 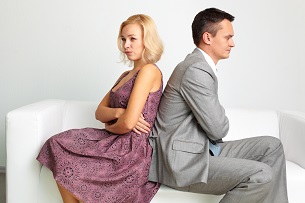 Here in the U.S., the latest statistics confirm that about 40 percent of marriages end in divorce. Would it shock you, though, to learn that divorce is on the rise around the world?

Thanks to a new study from two sociologists at the University of California at Irvine, we have a good understanding of why more people in other countries are taking advantage of the opportunities afforded to them through a divorce.

In this issue, the San Diego family law attorneys with the Men’s Legal Center will go behind the numbers to discover the cause of the worldwide increase in divorce.

The Men’s Legal Center has earned its reputation for being the best family law firms in San Diego. Our sole mission is to make sure you have the resources for success during and after your divorce.

If you’re considering divorce, get in touch with us here at the Men’s Legal Center. You can receive a free phone consultation and make your appointment by calling 619-234-3838 or via email.

Is it true that divorce rates are increasing worldwide?

According to the study from the UC-Irvine, the divorce rate between 1970 and 2008 has more than doubled.

The average rate of divorce from across all the world’s regions increased from 2.6 divorces for every 1,000 married people to 5.5.

In reaching their conclusions, the researchers measured the number of legally recorded divorces for every 1,000 married people.

Which countries had the highest and lowest divorce rates?

Geographically, the countries of Northern Europe and Western Europe were high, while those in Southern Europe, Latin American and Caribbean countries – with the exception of Cuba – were low.

What’s different about the countries with higher rates of divorce?

The researchers did note a few differences between the nations with higher divorce rates and those where divorce is less common.

The countries with higher rates of divorce tended to have:

As we wrote in a recent entry, divorce doesn’t make you a failure and you shouldn’t stay married just for the sake of the children. For many, divorce is a sign of changing and a new chapter in life.

If you’re considering divorce, we urge you to secure legal representation so that you’re fully protected in your post-divorce life and learn how to serve divorce papers in California. You can receive a free phone consultation and make your appointment by calling 619-234-3838 or via email.