Find Out How Divorce Can Make You A Better Dad 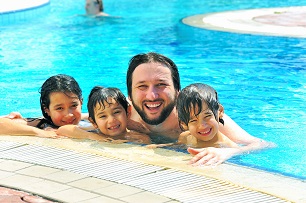 How many single dads are there?

The short answer is that there are quite a few single dads, and their numbers are increasing. The latest data from The Pew Research Center tells us that about 8% (2.6 million) of U.S. households with minor children are led by a single father. Back in 1960, that number was just 1% (300,000).

What good can come from divorce?

In an interview with WebMD, Dr. Joan B. Kelly said, “If parents in high-conflict marriages can divorce and walk away from that conflict, then the kids probably will end up with a significantly improved home environment.”

The overriding lesson here, is that when both parents are happier as individuals and the tension has been removed from the household, the children will be more relaxed and happier as well.

As a result, the child experiences:

How is parenting improved after divorce?

In many two-parent households, family time can be taken for granted. That dynamic is flipped on its head by divorce. When you’re not around the children every night, your time with them becomes much more precious and valued.

Sleepovers with dads, for example, have been proven to strengthen the bonds between father and child. In a study carried out by researchers at Arizona State University, parents and children alike were found to benefit greatly from the experience.

Lead researcher William Fabricius said that grown children of divorce who had the better relationships with both parents were the ones who had the equal number of overnight visits at both parents’ home during the years of infancy and shortly thereafter.

“Every increase in number of overnights per week during infancy and toddlerhood was matched by an increase in the strength and closeness of their relationships with their grown children,” Fabricius said.

How can I be a good single dad?

There’s no blueprint to being a good parent, whether you’re married or divorced. Whatever your feelings, a divorced parent will eventually find their mojo after the divorce has blown over and develop their own parenting style.

A few good reminders, however, include:

Are You A Father Scared of Divorce? Call The Men’s Legal Center in San Diego

We as a society overall cannot overestimate the importance of a father actively involved in the lives of his children. The abundance of research clearly shows that the “dad effect” begins shortly after birth. Children with involved fathers are much more emotionally secure and have more confidence. As they mature, they have higher IQs and show much more self-direction than their peers who do not have fathers actively involved.

Here at The Men’s Legal Center, we’re committed to providing legal expertise and representation for men in Family Court in San Diego and the surrounding areas. We represent husbands, fathers and non-custodial parents alike.