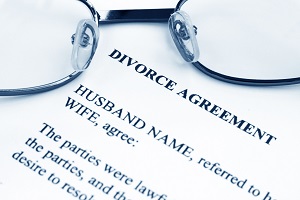 There’s much truth to the familiar saying that “We often don’t know what we’re capable of until we’re stretched beyond our comfort zones.”

Ross Szabo is a perfect example. Writing for The Huffington Post, Szabo reveals that at the time of his divorce, he was unemployed and had been in the U.S. for just a couple of years. But the life-change made him realize just how resilient he is.

In this issue, we’ll talk about his story.

According to his post, Ross and his partner had been involved in a relationship for 10 years. During that time, the two shared an enjoyment for practically everything – including service in the Peace Corps.

It was while transitioning out of the Peace Corps that chinks in their relationship armor began to show. “We had a lot of issues,” he wrote, “and ultimately, my ex-wife felt there were things she wanted to work on alone and left me. I was shocked. The loss hurt more than anything.”

How could divorce make him a better man?

Like many others, Ross realized that he needed to lean on his friends and family members for encouragement and support.

“They supported me every single day, let me crash in their homes and did whatever they could to help me, even if that meant endless text messages and phone calls where I pretended to be OK. The good news is that you do come out of the difficult times.”

In his Huffington Post article, Ross shares the important lessons he learned from his divorce experience.

More resilience.
Ross said that he didn’t firmly know if he had what it took to live on his own. He even had overbearing, emotional outbursts at others and there were times of feeling completely lost. On the other side of that experience, he realized that he had more strength than he realized.

An end to negative patterns.

Before the divorce, Ross says that he rarely lived “in the moment.” Instead, he let his short temper speak for him, which didn’t always go over well. The divorce, however, provided a fantastic opportunity to take a pause and think about why he acted the way he did.

He quickly realized that being free of the relationship provided him with the space he needed to develop new patterns.

Closer friends.
Ross’s divorce experience enabled him to realize which of his friends cared about him the most. The friendships he made during and after the divorce were stronger because he was more honest and vulnerable than he had previously been.

Identifying needs for the future.
Life after divorce gave Ross a clear opportunity to think about what he wanted in a future partner and what was important to him. He also thought about how and what he was willing to give emotionally to someone in a new relationship.

After going on a series of bad dates, Ross eventually met “an amazing woman” who is perfectly suited for him.

If You’re Thinking of Divorce in San Diego, Call The Men’s Legal Center

Yes, divorce can be a life-changer, but it can also be a life-saver. In Ross’s case, it’s clear that divorce provided him with a chance to drastically improve his life.

If you’re a man facing divorce in San Diego, it’s imperative that you leverage the skills and expertise of a law firm specializing in men’s rights.