Can My Ex Be Forced to Pay Child Support? 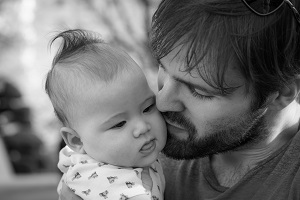 Many men have the mistaken impression that only fathers can be forced to pay child support.  The fact is that many divorcing couples now include women who actually earn more than their husbands.  When this is the case, the wife may be required to pay child support to the husband instead of the other way around.

What Is Child Support?

The myths about child support may spring from a misunderstanding of the basic purpose of these payments.  Child support is not based on the gender of the parent but instead is an effort to ensure that the children are taken care of in as close to the same manner as they were before the divorce as possible.  The law recognizes that children should not be made to suffer financial deprivation because their parents’ divorce.  Therefore, child support is an effort to level the income inequity that may exist between the parents once they are maintaining separate households.

California uses a complicated method to calculate the amount that should be paid by each parent toward the support of their children.  This formula takes into account how many days of each month the children spend with each parent, the income of each parent and other factors such as which parent provides the money for the children’s health insurance, tuition and other costs.  This means that if a father has his children the majority of the time and makes less than his former wife, it is very possible that she could be ordered to pay child support.

The Myth of Independent Fatherhood

Unfortunately, even when mothers are ordered to pay child support, they are less likely to do so and fathers are less likely to hold them accountable than when the situation is reversed.  According to a recent U.S. Census report, only 28 percent of fathers had a child support order against the mother of their children, and 54 percent of those fathers received payments, compared to 63 percent of custodial mothers.  This means that only about 15 percent of fathers obtain child support orders and actually receive payments from the mothers of their children.

If you are a father who is taking care of your children, talk to the attorneys at Men’s Legal Center about your rights.  You may be able to receive child support from the children’s mother to help defray your expenses.