Are There Two Divorce Seasons? 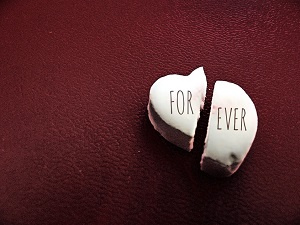 While it’s probably not the best of ways to ring in the New Year, the month of January typically signals an uptick in the number of divorce filings.

Known unofficially as “Divorce Season 1,” the period of increased filings normally stretches into March before tapering off and picking up in August for “Divorce Season 2.”

We can’t blame the gloomy winter weather for the uptick in divorce filings. Rather, in most cases, it’s facing reality after the holiday season.

While we’ve written before about the Divorce Season that begins in January, a study from the University of Washington confirmed the existence of a second period – beginning in August – that’s also active for divorce filings.

Many spouses and partners do not want holiday season memories to be blemished by divorce filings, so they wait for the calendar sweet spot between the post-holiday glow and summertime vacation planning.

According to UW researchers, those filing for divorce in January may feel the anticipation of new beginnings.

“People tend to face the holidays with rising expectations, despite the disappointments they might have had in years past. There’s the opportunity for a new beginning, a new start, something different. It’s like an optimism cycle.”

The increase of filings in August is usually done after the family vacation but before the start of their kids’ school year.

Because a couple’s financing is so greatly impacted by divorce, those who intend to file for divorce first often need time to gather complete information about their finances.

That can be a difficult thing to do during the holiday season or while on vacation.

Also, as long as you’re married for at least one day of the New Year, you should still be able to file your income taxes jointly.

If You’re Thinking of Divorce or Have Been Served With a Divorce Petition, Call the San Diego Divorce Attorneys with the Men’s Legal Center.

Even if you and your soon-to-be former spouse or partner are on good terms, you need the guidance of a skilled divorce attorney as you go through the process.

There’s simply too much at stake, and everything must be done correctly the first time.

For a free phone consultation or to schedule a meeting, call the Men’s Legal Center at (619) 234-3838. You can also reach us via email and by completing our online form.