3 Reasons For Why We’re Entering The Divorce Season 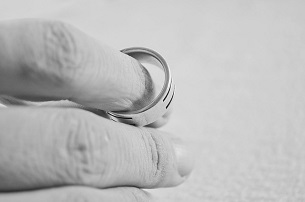 From lifestyle resolutions to football bowl games, the month of January is more than just the start of a new year; for many, it’s a fresh start. That’s why it’s also the beginning of “Divorce Season.”

If you and your spouse or partner have divorce on your minds in January, you’re certainly not alone. In this issue, the San Diego family law attorney with The Men’s Legal will talk more about why the first few months of the year have earned their reputation for separation.

Do more couples file for divorce at the start of the year?

They sure do. In fact, according to a CNN report, divorce filings in the U.S. typically spike in January and peak in late March. Internet searches for “family law” and “child custody” also typically swell by as much as 50% from January to March.

What are the reasons for divorce season?

There are several reasons behind the annual surge in divorce filings at the beginning of the year – most of which make good sense when you think about them.

To start the next chapter of your life, call the San Diego divorce attorneys at the Men’s Legal Center.

For many, the start of a new year is a nudge that it’s time to get their lives in order – such as leaving an unhealthy marriage.