Are You An Abused Husband? You’re Not Alone 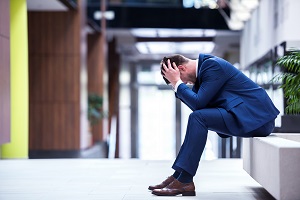 Shortly after his death, rumors swirled about actor Patrick Swayze being physically and verbally abused by his wife throughout their 34-year marriage. The claims were made by multiple friends and acquaintances of the couple.

If the rumors were true, Swayze was not the first – nor will he be the last – husband to fall victim to an abusive wife.

Domestic Violence Against Men at a Glance

The issue of San Diego domestic violence vs domestic abuse is not a gender-specific crime. In other words, men or women can be a victim.

According to statistics from the Centers for Disease Control (CDC), 1 in 4 adult U.S. men will experience domestic violence as a victim at some point in their lives. Breaking down those numbers, that translates into 3 million men.

Why Do Men Take It?

Just as it is for many abused wives, numerous husbands who are abused often do not report it for fear of retribution, including the taking away of any children produced during the partnership, and feelings of embarrassment.

However, there are few actions that require more courage than walking away from an abusive relationship.

Information from the Mayo Clinic suggests that many abused husbands become confused with “who is the victim and who is the abuser.” Victims of domestic abuse will often strike back at their abuser verbally or physically. Such instances are frequently manipulated by the abuser of proof that the victim is the aggressor.

How to KNOW You’re Being Abused

Signs that you’re experiencing domestic abuse include your partner:

If you’re a husband that’s a victim of domestic abuse in San Diego, it’s imperative that you obtain a domestic violence restraining order; after all, you have the right to feel safe.

Here at the Men’s Legal Center, we can make arrangements so that a victim advocate is with you in court and in Family Court Service Counseling meetings.