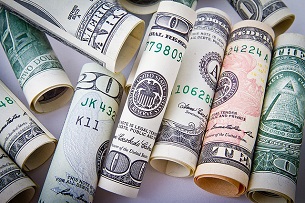 A Bank of America survey confirms that about 28 percent of Millennials (those born between 1981-1996) are choosing to keep their finances completely separate from their spouse or partner.

While there is a host of reasons for this, one respondent noted that as a child of divorce, she was “hesitant” about combining her finances with her spouse.

Under the law, though, having just your name on a bank account or house deed doesn’t automatically mean the property is yours alone.

In this issue, the San Diego divorce attorneys with the Men’s Legal Center will talk more about the notion of what belongs to you alone if you’re married, as well as the benefits of maintaining separate bank accounts.

Is it a good idea to have separate bank accounts?

The idea does have its advantages. For example, there are many apps that allow users to pay each other on the spot. Also, maintaining a “yours, mine and ours” money system can be an effective way to keep track of finances during a marriage.

In fact, in an interview with CNBC, a financial advisor said separate accounts for two working spouses often reduces conflicts about finances.

Yet another advantage to keeping a separate account is that you have quick access to funds if the relationship becomes acrimonious, and your spouse or partner limits your access to shared funds.

Is my money protected in a separate account if we divorce?

Not in California and a host of other states with community property laws. In short, these laws state that any monies, properties or debts acquired during the marriage are subject for division among both parties.

Claims to community property, though, end as soon as the couple separates, or one party expresses a desire to end the marriage or partnership.

If you’re going through a divorce, protect your interests by calling the Men’s Legal Center.

Divorce is a legal process, so it shouldn’t be an opportunity to “wing it on your own.” In other words, you need a skilled divorce attorney on your side so that you’re aware of all of your options and your interests are legally protected.

To make sure you’re in the best possible position for your post-divorce life, get in touch with us here at the Men’s Legal Center.