Why Did Laura Dern Agree to Accept Less Child Support? 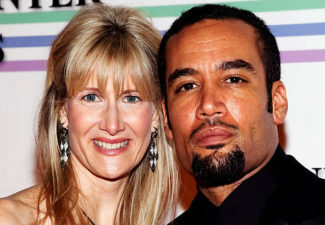 Actress Laura Dern has agreed to a substantial cut in the amount of monthly child support she receives from her former husband, singer Ben Harper.

In court documents, Harper said that his income has decreased substantially, while Dern’s has increased dramatically. Dern’s increase in income is due mostly from the recent success of her popular HBO series “Big Little Lies.”

Even though at 18, one of their children is not a minor, Harper has agreed to cover the costs of his private school tuition. Dern will pay for the other child’s tuition.

Child Support in California at a Glance

Despite what you may believe, a family law attorney can be a huge benefit in helping you negotiate the right amount of child support without wiping out your bank account.

The courts have a lot of flexibility when it comes to determining the amount of support each parent must pay. For example, the courts can consider school fees, health insurance, and medical costs, as well as income and financial hardships in making their decisions.

When Changes to Child Support Can be Made

Even after the final divorce agreement has been signed and issued, changes to the amount of child support can be made. These changes are known as child support modifications, and they can be either temporary or permanent.

Just as with the case of Dern and Harper, the sudden and significant changes in their incomes were a good reason for Harper to seek a modification to their agreement.

In addition to changes in the amount of one party’s income, other reasons for child support modification include:

If you have experienced one of the above life changes or something similar, talk with your divorce attorney about filing a modification request with the court.

For More Information About Divorce and Support, Call the Men’s Legal Center

Child support can be a financially crippling issue for the non-custodial parent. It doesn’t have to be that way, though.

To get the best judgment in your case, the smart move is to talk with a child support attorney at the Men’s Legal Center here in San Diego.

We offer free phone consultations and appointments at 619-234-3838. You can also reach us via email.