What You Need to Know About Paternity Fraud - Men's Legal Center 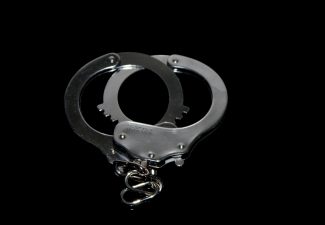 A few years ago, a TV news station in Dallas shared the story of a man who was arrested for being a “Deadbeat Dad” and owing more than $50,000 in child support payments. The only hiccup in the case was that the poor man was not the father of the child.

Before being able to prove his innocence through DNA testing, however, the man was forced to spend several nights in a Texas jail.

Paternity Fraud at a Glance

Simply put, paternity fraud occurs when a mother purposely and falsely claims a man is the biological father of a child. Typically, the false claims are made when the mother has eyes on collecting child support payments.

While hard numbers are difficult to come by, a figure shared by the New York Times suggested that the rate of paternity fraud could be as high as 30% of fathers who are paying child support.

Who is Hurt by Paternity Fraud?

While the quick answer is that the unsuspecting man on the hook for paying what can easily end up being hundreds of thousands of dollars before the child reaches 18 is the only one who feels the pain of paternity fraud, that’s far from the truth.

Assumptions & Declarations of Paternity in California

Here in California, there are a few assumptions our courts make concerning parentage. A child born to a mother who is married will have both spouses listed as parents – barring an objection raised by the would-be father.

If the parents are registered as domestic partners rather than spouses, the court will make the same assumption.

What Happens When Paternity Fraud is Discovered?

If, after paying child support for several years, the man finds out that he’s not actually the biological father of the child, and the mother knowingly withheld the truth, it will become the Family Court’s decision on where to go from there.

The court may order the child support payments to continue or that they be ceased immediately.

The Men’s Legal Center Can Help You With Paternity Rights

If you’re facing the prospect of fatherhood but aren’t convinced you’re the biological dad, it’s definitely in your best interest to refuse to agree to be named as the father without proof. If you’re recognized by California law as the father, you will most likely be facing a lifetime of obligations.

Before you do anything, get in touch with us here at The Men’s Legal Center to speak with our paternity rights lawyers. Our number is 619-234-3838 or you can reach us via email.