What Does Barry Bonds Have To Do With Your Prenup 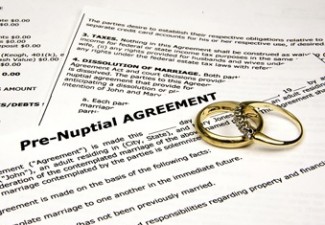 Asking your soon-to-be spouse to sign a prenuptial agreement can be a risky endeavor. The most common reactions – which are steeped in emotion – invariably revolve around trust. Ironically, prenups can be seen as encouraging trust; without them, the assets in your marriage will be subject to a host of laws of the California Family code and Probate Code.

Because the process of putting together a prenup includes complete disclosure about your financial situation, prenups could actually strengthen your relationship with your significant other.  The process also initiates the inevitable discussions you and your future spouse are bound to have about financial situation.

You can thank legendary San Francisco Giants All-Star baseball player Barry Bonds for the tight rules of putting together a legal prenup.

In 1988, Bonds asked his (now) ex-wife to sign a prenup before their marriage. At the time, Bonds was earning an estimated $106,000. She signed the agreement – without having legal representation. When they divorced six years later, Bonds was earning a heckuva lot more money, and his ex-wife petitioned the prenup because of the absence of a lawyer.

The fallout from the Bonds case triggered the addition of several requirements for legal prenups in California. These include:

Get Legal Help to Make Sure Your Prenup is Legit

Prenups can be legally powerful document that can be pivotal in the distribution for your assets should the marriage end. To make sure it is written accurately and legally, you need the expert services of an attorney skilled in marriage law. Contact Men’s Legal Center of San Diego at (619) 234-3838 today so that we can schedule an initial consultation with you.