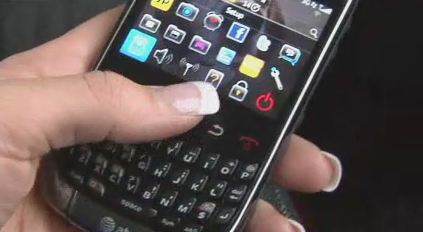 The Internet has brought about remarkable changes to modern society; it has literally turned the way in which we live completely upside down in a single generation. Twenty years ago, smartphones were unimaginable, with their capabilities now allowing us access to online bills, emails, texts, games and even online banking via the Internet and Web. The Internet has allowed countless people to meet online and on-the-go. Within the comforts of your home or while relaxing at the beach, many people are able to meet and date people through online dating websites, ultimately leading to marriage. As is the case with all marriage statistics though, this also means some people wind up pursuing a divorce after they realize they were not meant to spend the rest of their lives together. As such, it seems the ways in which we go about ending our relationships is also changing in terms of what many people see as acceptable.

This change has been captured at least to an extent by the results of a recent survey that was performed jointly by ChristianMingle.com and JDate.com, two niche-driven dating websites. The article about the survey can be found here. The survey asked 1,500 people who considered themselves actively on the dating scene in the United States whether or not they would end a relationship via a text message. Fifty-nine percent of respondents stated they would end a casual dating relationship in this way and 24 percent stated they would end an exclusive dating relationship in this manner.

This should not come as a surprise to people, as we have moved almost everything we do on a daily basis into a context that involves technology. Few, if any, people sit at the table and write checks to pay their bills every month anymore – they simply pay them online through their online banking. Fewer people than ever before are making plans to go out with friends to try to meet someone – they simply join a dating website. It seems quite logical that as more relationships begin while using technology, more relationships would end this way.

Not only does technology affect our society, but it also affects our relationships with our spouses and friends. Couples need to be careful about what is posted on their social media websites and how they communicate with others. It is becoming acceptable to break up a relationship or even ask for a divorce through a text message. If you are facing the possibility of ending your marriage, you need to seek the advice of San Diego divorce lawyers who can help guide you through this process. Contact the Men’s Legal Center today to schedule an initial consultation.