The Surprising Story Of Deadbeat Moms 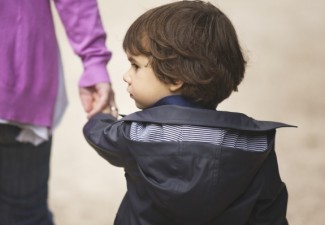 It’s time to end the monopoly and stigmatism men have endured with the term “deadbeat.” For far too long, it has been assumed by the general public that deadbeat dads was the preferred term of choice when referring to those who intentionally decline to pay child support. When you consider the statistics though, there’s a higher percentage of deadbeat moms who are not paying what they owe.

According to 2011 figures from the U.S. Census Bureau (those are the latest reports available), a meager 57 percent of the 674,000 women required to pay child support actually do so. As for dads, 68 percent of them are in compliance with their responsibilities.

Statistics and facts do not lie. Going back to the Census Bureau figures, we learn that, on average, men who are ordered by the courts to pay child support are actually required to pay nearly double what women are required to pay.

In terms of working to provide for children, men are getting the shaft there, too. According to the stats, while nearly 25 percent of custodial fathers work more than 44 hours per week, only seven (7) percent of women are doing the same.

On average, custodial mothers receive $4,800 annually for child support. Of that, $2,500 – or 52 percent – is actually paid. For the fathers who have custody, they are owed on average $4,160 annually and receive about 40 percent of what they’re owed.

We would be remiss if we didn’t acknowledge that men do seem to have an advantage in terms of salary. Household income for custodial dads who do not receive what they’re owed in child support is $9,700 more than the fathers who do get the full amount. That script is flipped for custodial mothers who don’t receive what they’re owed. Their household income is actually about $4,000 lower than the moms who do receive the full amount.

Penalty for Failing to Pay

Even though you’re male, you have the same rights as mothers to collect what’s owed in child support. While specific laws will vary from state to state, they will pertain to both mothers and fathers who are in arrears with their child support payments.

For example, here in California, there are a number of enforcement mechanisms in place that can be used against a parent – male or female – who is not paying. They include:

Dealing With a Deadbeat Mom? We Can Help You!

If you’re having trouble collecting all that is owed to you in child support, we can help! Contact the Men’s Legal Center in San Diego at (619) 234-3838.