What Rights Do Grandparents Have? 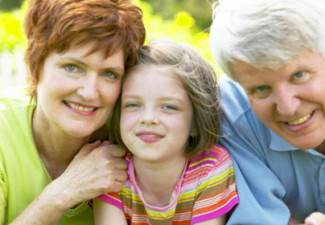 The holidays are a time when grandparents are often put in a very bad position. They may have been used to seeing their grandchildren throughout the holidays, but divorce may change that. If you are a grandparent, do you have any rights at all when it comes to holiday visitation?

While the bad news is that no court has definitively answered the question of grandparent rights, more and more judges are becoming aware that the children’s best interests often include contact with grandparents. In a world in which parents are frequently away from home while working and children are left more to their own devices, grandparents may provide an important part of the family structure. Furthermore, many children have deep and abiding ties with their grandparents that would be ill served by cutting them off completely.

Therefore, while there is no legal precedent for ordering a former spouse to allow her ex-husband’s parents visitation, judges do tend to encourage these types of interactions. Many judges have strong words for women who attempt to cut children off from their husband’s families, and more orders are being entered that are flexible in nature to allow children to see their grandparents more often.

Problems often arise when the grandparents have a strained relationship with their own child. For example, if a husband leaves his wife for another woman, the new wife may not get along with the man’s parents. The grandparents may even support the ex’s side of things in the divorce. When this happens, the grandparents are often left out completely when it comes to visitation for the children, as the father may harbor resentment toward his parents for their role in the divorce.

If you are a grandparent struggling with holiday visitation issues, contact the Men’s Legal Center. We work to help families resolve these types of issues quickly and support fathers in their roles as custodial parents with sound legal advice.