Would a Paternity Test Clear Up Matters for Kirk Frost? 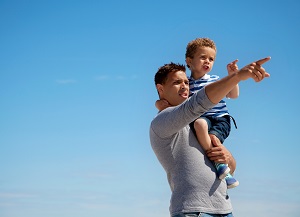 Jasmine Washington has been very public about her claims that “Love & Hip Hop” reality TV star Kirk Frost is the father of her child. But the reason that she has yet to have a court order for child support served on Frost is that she needs to prove he’s the father through paternity testing.

In this issue, we’ll talk about what’s going on in this latest pop-culture dilemma, and share information about why it makes sense to question paternity claims.

The Child Support Feud Between Jasmine Washington and Kirk Frost

Frost was stunned when Washington confronted him at a masquerade ball with the news that she had given birth to the child last summer. Frost, however, remained adamant that he was not the child’s father.

Washington, a former exotic dancer, is sticking by her claims that she and Frost had an affair, but his wife – Rasheeda – says she’ll “stay with her man” unless Washington has proof in the form of a paternity test.

Why Frost Has Reason To Be Concerned

While we’re certainly not casting doubt on Washington’s claim, it’s important to note that paternity fraud is indeed a real problem.

Paternity fraud occurs when a mother purposefully and deceitfully claims a man is the biological father of a child. Typically, the false claims are made when the mother has eyes on collecting child support payments.

The New York Times suggested that the rate of paternity fraud could be as high as 30% of fathers who are paying child support.

The Men’s Legal Center Can Help You With Paternity Rights

If you have questions about whether or not you’re the father of a child that you’re being asked to support, you should definitely no go along with being named as the father without proof. If you’re recognized by California law as the father, you will most likely be facing a lifetime of obligations.

Get in touch with us here at The Men’s Legal Center to speak with our paternity rights lawyers. Our number is 619-234-3838 or you can reach us via email.