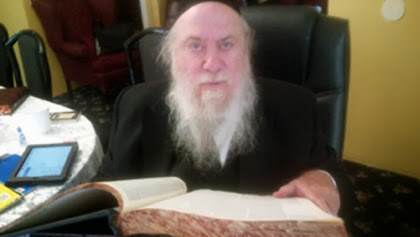 A group of ultra-conservative Orthodox Jews has been arrested and charged with kidnap, torture and assault in a case that has caught the world by surprise.  These men were apparently hired to prod husbands into granting a Jewish divorce, known as a get, by any means possible.

Under Jewish law, women who cannot obtain a get or decree of divorce from their husbands are referred to as agunot or “chained.”  Such a woman cannot marry, have more children or move on with her life in the Jewish community until a get is finalized.  In some cases, these women have turned to “divorce gangs” who use violent tactics to convince husbands to grant Jewish divorce decrees.

The act of refusing a woman a religious divorce is not illegal.  While women still have the option of pursuing a civil dissolution of marriage, truly orthodox women may not be satisfied with that recourse and may see to force a husband to end the marriage on religious grounds as well.

While some in the Orthodox community applaud the divorce gangs, claiming that they are standing up for women who are traditionally an underrepresented group, to the rest of the world these gangs are criminals.  For one thing, their services cost tens of thousands of dollars, making it impossible for all but the wealthiest of women to afford them.

The FBI has raided several locations and made several arrests in recent cases, including two rabbis.

The attention focused on the get issue is new, but New York is already working on a solution.  One such solution is that New York judges refuse to grant civil divorces unless the parties agree to provide all releases, including the get, to the other party.  Another possibility is that the beth din, or a Jewish religious court, may order the husband to grant the get.

While religious issues in divorce are not as common as they once were, they can still cause tremendous stress and problems for divorcing couples.  A seasoned family law attorney understands these issues and can help couples who are struggling with cultural or religious barriers to find solutions for an amicable end to a marriage and a fair distribution of assets.