Push for Uniformity in Child Custody Rules for Military Members 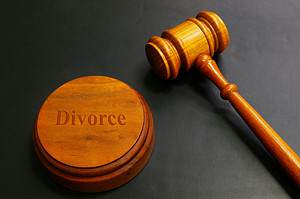 When military personnel are deployed in places around the world that include Iraq and Afghanistan and they leave families behind, the situation becomes difficult for many different reasons.  These situations become even more complicated if marriages end and there are children of those marriages when it comes to the rules and standards that pertain to child custody and child visitation.  These complications have led to much confusion for soldiers and even some family law attorneys.

In order to deal with this confusion in a direct fashion, the Uniform Law Commission met earlier this week to discuss ways to bring about some uniformity to the child custody rules that relate to military members.  As of now, different states have different standards, and given how much military families move around, there has been much consternation when it came time to decide on these issues.  The panel has made some recommendations.

Specifically, the panel, which is made up of 350 legal experts who are appointed by all of the jurisdictions in the United States, came together to endorse the Deployed Parents Custody and Visitation Act.  This act would set out a uniform set of rules and norms when it comes to questions of child custody.  The panel has urged the states to review and ultimately to enact this piece of legislation so that questions and confusion can be removed from these situations.

Members of the military already have a hard enough job to do on a daily basis, and when they face the possibility of a divorce, they face several obstacles that can lead to confusion, stress and turmoil.  That’s why any member of the military facing this situation needs to obtain the help of an advocate who has the experience necessary to understand what it’s like to serve our country.

If you are a member of the military and you’re facing a family law issue, you need to seek the help of San Diego military divorce lawyers who have been fighting for the rights of clients for many years.  Contact the Men’s Legal Center today to schedule an initial consultation.