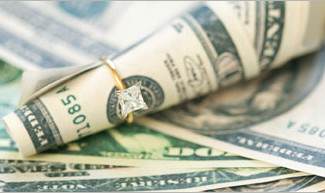 Divorce is becoming more and more common, and with this rise in divorce comes an inevitable rise in “urban myths” surrounding this process. Common myths about divorce include the idea that fathers never gain custody of their children or that only fathers are required to pay child support.

Many people believe that after 10 years of marriage the “bread winner” of the family is obligated to pay spousal support. Many people are under the assumption that, for example, if you have been married for at least 10 years and get divorced that you will be supported indefinitely by your ex-spouse. However, this assumption is incorrect.

According to California Law Family Code 2336(a), the marriage has to be classified as of a “long duration.” However, this does not necessarily mean 10 years. Instead, the decade mark should be considered more as an important milestone than a binding legal period of time. In some cases, a judge may determine a six-year marriage a “long marriage” and may require extended support.

Determining How Much and How Long

Under California Family Code §4320 there are several things to consider when a judge considers the award of spousal support. These include, but are not limited to: the ability to maintain standard of living, current or foreseeable financial distress, hardships, and duration of the marriage. The court will look at several facts to determine spousal support duration and amount. For marriages considered of a “short duration,” the judge will institute a time limit and an amount per month. If the state still holds jurisdiction, the spouse can always plead for more time and/or more money.

Men Get Spousal Support, Too

Traditionally, spousal support is given to the wife. However, this reality is slowly changing. According to the U.S. Census Bureau in 2006, there was an increase in the percentage of male recipients of spousal support over the past decade, and this percentage is expected to continue to rise.

Theoretically, a judge is required to take the same facts into consideration when ordering spousal support for a husband. However, in reality, men may still need additional help to recover spousal support in a divorce, as many judges are still unused to the idea.