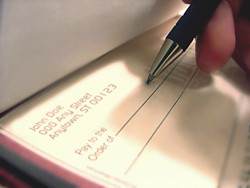 Recently, Minnesota has looked like it was poised to become one of the several states around the country that was poised to make some changes to its child custody laws. Basically, these changes have involved adjustments to certain aspects of child custody as the minimum amount of time that should be spent with children by each parent. That was the issue relating to a bill that made it all the way to the governor’s desk last week, but the bill was vetoed.

Specifically, the bill would have raised the minimum amount of time that each parent would presumably have had with any children from 25 percent to 35 percent. From there, a judge could have used discretion with regards to the rest of the days on the calendar. Basically, this change would have raised the minimum amount spent with a child or children by the non-custodial parent by 37 days. However, the governor vetoed the bill for a couple of specific reasons.

These reasons included the arguments that the bill tended to focus on the needs of the parents involved as opposed to the child as the overriding priority. In addition, the bill starting at 35 percent would not have taken into account certain special circumstances including when parents live far apart or they do not have the ability to deal with each other in a civil manner.

Regardless of the recent result of the bill that was offered in Minnesota, it seems that child custody laws and norms are changing all over the United States. Of course, this takes time and people who are dealing with an existing child custody order need to continue to adhere to it unless or until they are officially told otherwise. Anyone who may be experiencing some type of confusion with regards to their situation needs to obtain legal help as soon as possible.

If you are one of many facing questions regarding this issue, seek the help of San Diego child custody lawyers who have been fighting for the rights of fathers for many years. Contact the Men’s Legal Center today to schedule an initial consultation.