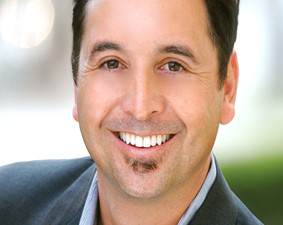 Richard Jaramillo exemplified the type of father who has overcome obstacles to be a great father to his children. RJ explained to MLC “In the year 2000, I was a newly divorced dad with a newborn, a 3-year old son and a 5-year old daughter. Over the course of 15 years, I made plenty of mistakes as a single parent; however, I never lost my faith or my courage to move forward in growing and developing into that father my children needed.”

RJ shared with MLC the “5 key points” that molded him into becoming a better father and where he and his family are today:

It is important to remind every newly divorced dad to maintain good health. It is really easy to jump into some abusive habits such as overeating, overdrinking and not getting enough exercise or sleep. In the six months after my divorce, I found myself winding up in the hospital with “walking pneumonia.” That moment made me realize that I can’t raise a family from a hospital bed. I have to take care of myself so I can take care of my children.

We are given two ears and one mouth; it is important to maintain the 2-1 ratio of listening twice as much as we speak. Most of the time, our children want us to hear them and I learned this the hard way with my oldest daughter early on in my single parent life. Shutting her down in the middle of her sentences caused years of resentment and frustration between us.

Back in 2000, I had very little cooking skills. One of my first single parenting epiphanies was realizing that I couldn’t maintain a healthy household if I didn’t know how to shop, manage food and cook for my children. I bought a crock-pot and became an expert “slow cooker.” As I learned how to master easy recipes I moved on to more complicated recipes.

One of the best lessons I learned as a single parent was to cook with my children and allow them to help me in the kitchen. “The family that cooks together stays together…” Cooking became a family experience. Everyone gets involved. It is fun. It became “quality family time.”

Trying to re-establish a social life after divorce is difficult in many different ways. I was humbled by the amount of friends I lost when I divorced. I felt like I had Ebola and nobody was allowed to see me in fear of catching “divorce disease.”

During my non-custodial time with my three kids, I invested my “free” time with a family therapist. One of the best pieces of advice the therapist gave me was, “get comfortable with uncomfortable” and “accept change.”

This sage advice has helped me through some of the most difficult times in my life as a single parent. Most of my fears, I realized, were being blown out of proportion. Anticipation is often worse than realization. Change is always present in your life. Further, I have come to believe that everything that happens in your life is for a reason and helps you to grow.

If you can’t afford family therapy, I strongly recommend journaling to channel your thoughts onto paper. Journaling helps me clarify my thoughts out on paper. It helps me identify what parenting activity I am doing right and where I need improvement. I still keep a journal on my nightstand.

I re-married this past year and I can tell you that the journey through Single Parent Dating is filled with adventure. I say adventure because I have enough stories to fill an encyclopedia. Over the course of ten years I dated every category regarding height, size, hair color, ethnicity and political views.

Technology and the Internet, opens up many choices for a social life. In my case, I was fortunate in many ways. First off, I had a “Wing Man” who was

always there to offer his advice and “two cents” on the women I was dating. Having my best friend who was also divorced was a huge help in keeping me away from trouble.

I think for most men who get divorced, they get back in the “dating game” way too soon. Divorced men need to understand what went wrong and heal emotionally.

One of the most important things I realized in my dating life was making sure the women I was dating was aware that I did not want to be “rescued or fixed”. I would make sure to let the woman know that I was, “far from perfect, but perfectly happy in my life as a single parent.” Saying this gave me the space that I needed to learn more about the woman I was dating, and less about my life as a single dad. 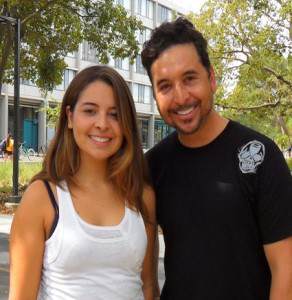 II. RJ and his family today

You will know the tree by its fruit. This Great Dad has a 21 year old daughter who is a junior at UC Davis, majoring in Biology and has volunteered abroad; a 19 year old son who is a freshman at Ole Miss, majoring in Engineering-both are on academic scholarships. He has a 15 year old daughter who is a freshman at Scripps Ranch High School and has recently enrolled in the Air Force ROTC program. RJ and his wife have full time custody of his wife’s 12 year old daughter, while her father is deployed with the US Navy. “All of my children were raised to believe that they are all leaders. Hard work, humility and the ability to adaptto change were the many things that both their mother and I taught them growing up.” 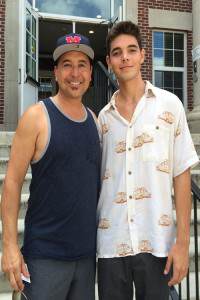 I think the most important thing is to be both verbally and emotionally supportive. I see many parents “pushing” their children instead of allowing them to make their own decisions and “being there” when and if those decisions or directions don’t work.”

When it came to helping them with their studies, “I had resources to get help and a good tutor that came to my house to help me get through […]. My older children also played a huge role on stepping in as well and the teamwork brought us closer. RJ went the extra mile to insure his children received the best help. 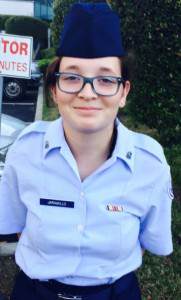 “My family is BIG on holidays and traditions”. From Easter Egg Hunts to family ski trips, all are an opportunity for the family to bond and instill family values.

“I have my own, unique and special relationship with all three of my children. I treat them differently because each of them has a different “Love Language” and it is important for me to know and respect that.”

“I think the most important thing I think I taught my children was to never “give up” on their dreams, ambitions and goals in life. I have often told them to never be followers, lead by example in front of their peers and never forget who they are or where they came from.”

RJ’s single dad experience pushed him to create and operate a website named, www.SingleDad.com, which is a

resource and lifestyle website for newly divorced fathers. He has a staff that manages the day-to-day workings of the website. Additionally, RJ runs 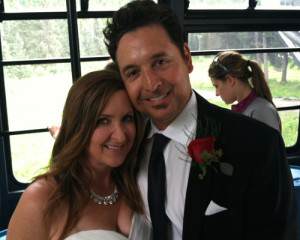 www.CookLikeADad.com which serves as a cooking site for single men.