Men Want To Remarry After Divorce 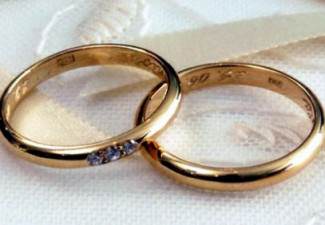 Americans are prone to remarry once they are widowed or divorced, but men may consider remarriage more often than women, according to recent data from Pew Research. About 40 percent of all new marriages in 2013 were second or subsequent marriages. In about 20 percent of new marriages, both partners have been married before.

Among divorced or widowed partners, 29 percent of men surveyed said they would consider remarriage and 36 percent were not sure, with only 30 definitely denying that they would remarry. Women, on the other hand, were far more likely to deny their intention of remarrying, with fully 54 percent or more than of all women answering “no” to the question of a possible future remarriage. The numbers seem to be in line with reality; about two-thirds of all divorced or widowed men remarry while only half of women do.

Why Are Men More Likely To Remarry?

It is possible that women’s longer lifespans lend less probability to their remarrying, as well as the fact that they now tend to be more financially independent than in the past. Women may also feel that they do not need the help of a man around the house, especially if they have charge of most of the inside tasks and live in a condo or apartment where outdoor tasks are not required. In fact, some women feel they have to “take care of” a man if they marry and they may not feel compelled to do so when faced with a choice.

There may be less-than-romantic reasons for men to remarry, as well. Two-income households are far less likely to live in poverty than one, and home ownership for married couples, a strong indicator of wealth, is much higher for married couples than the divorced. In fact, 79 percent of married couples own a home while only 58 percent of all divorced people own their own homes.

About one-quarter of all married people are actually remarried, but the number of first marriages continues to drop, causing the numbers to look even more significant. As younger people begin to turn away from marriage and live in more flexible arrangements, remarriage may become the “new norm” for families.

If you are considering a divorce or need a pre-nuptial agreement or other family law service, contact the attorneys at the Men’s Legal Center.