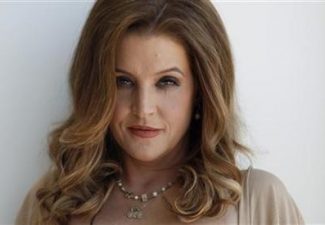 Lisa Marie Presley is filing for her fourth divorce, and it looks like her decision to have a postnuptial agreement could be saving her bacon. Without the agreement, much of her reported $952 million net worth would have potentially been at risk.

Why Lisa Marie is Getting Divorced

There’s a common saying that those who marry multiple times are eternal optimists. Prior to her fourth walk down the aisle, Lisa Marie was married to Nicolas Cage, Michael Jackson and Danny Keough.

Her separation from husband #4 stems from allegations that he mismanaged the couples’ finances throughout their marriage.

She became aware of the alleged mismanagement from a $109,000 charge on her American Express card. After the company threatened to sue her, she launched a forensic audit to find out where her other monies went during the marriage.

Thankfully for her, the couple signed a postnuptial agreement after they were married in Japan in 2006.

What Does a Postnuptial Agreement Cover?

Postnuptial agreements are very much like their prenuptial counterparts. The obvious difference, of course, is that a postnup is made by spouses after they marry.

As to what they cover? Pretty much anything that couples can imagine.

Popularity of the Postnup

Postnups are definitely vying for the title of being the “in thing” when it comes to marriage. In a survey from the American Academy of Matrimonial Lawyers, about half of the lawyers polled said they had noticed a significant upswing in the popularity of postnups.

In fact, postnups are just for the rich and famous. Their popularity is spanning all income brackets.

One lawyer who participated in the study said that the postnup can serve as a reset button of sorts for a marriage. For example, if one spouse were to suddenly experience a financial windfall, he or she may want to reevaluate the terms of the relationship.

Want to Talk More About a Postnup? Call The Men’s Legal Center

If you want to make sure your assets are protected in the event of a divorce, a postnuptial agreement is a good place to start.