Is Too Much Affection a Sign of Impending Divorce? 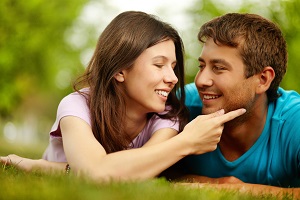 The surprising results from a study published in the Journal of Personality and Social Psychology is raising eyebrows about what it claims could be a telltale sign of a relationship heading for divorce. According to the researchers, too much affection at the beginning of the relationship could be a red flag for its true health.

Researchers kept track of 168 couples over the course of 13 years in hopes of identifying potential signals of divorces and long-lasting relationships.  Those who divorced after seven or more years of marriage had been downright giddy in the amount of affection they showed towards one another.

While affection is a natural component of loving relationships, it’s believed that too much of it at the outset of the bond could actually be a sign of overcompensating for a lack of communication or not having as much in common as hoped.

Affection That Fades is Natural…But Not Always Bad

Speaking with the UK-based Independent, one relationship psychologist said, “some people get caught up in the infatuation of a relationship, hence the term ‘love is blind,’ and it’s known that infatuation is not a long-lasting state.”

Once the infatuation period ends, the psychologist said, both partners are faced with the notion of examining the strength of the underlying bond that keeps them together.

“Over-the-top emotions are hard to sustain,” said a New York City relationship expert. “Life and life’s challenges can get real very quickly. That’s when you’ll see each partner’s true personality emerge. The person you thought you married has vanished and discontentment occurs.

Affection is a good thing, but on its own, it’s not enough to sustain a relationship. If you feel you’re ready for a divorce, talk with the San Diego men’s divorce lawyers at the Men’s Legal Center. Our sole purpose is to make sure men have the resources and knowledge they need for the best possible outcome in family court.