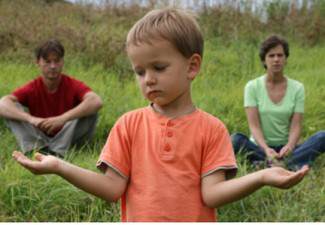 Melinda Johnson was four years past her divorce and was living with her son when she heard the words that can shatter any parent’s heart: “Mom, I want to live with dad”.

The 17-year-old wanted to move in with his dad, a person that had no rules and a lot of money to spend. Melinda believed that 17 was a fragile time and that he could fall into trouble, so opposed it, leading to a great deal of tension and conflict in the family.

This problem is not isolated. Usually a child wants to seek an emotional bond with a parent that has been there through his or her life, but that does not mean that the child may not feel an empty void if the other parent is distant or absent. In fact, any child has a void that can only be filled by both parents, so it is almost never a good idea to cut one parent completely out of the picture, even if it is possible to do so.

For children who have spent a great deal of time with one parent, the desire for a change usually comes in the adolescent years. This is often tied to the desire to have more freedom which may be offered by the other parent. Sometimes this is as simple as “the grass is greener on the other side,” but sometimes it happens because the custodial parent must sometimes enforce unpopular rules.

Typically custody is up to the judge and often cannot be changed by a parent. However, once the child reaches an age to be old enough to express an opinion on custody, usually around age 10 or 12, judges will often consider their custody wishes.

If your child wants to live with your former spouse, there are several tips you can use to make the transition smoother or to avoid the problem altogether. The most important thing to remember is not to “badmouth” the other parent. You do not want to put pressure on the child by forcing him or her to choose one parent over another or to take sides. This creates unnecessary stress for everyone and is terribly unfair to the child.

Secondly, it is important that you know your legal rights. Discuss your situation with a lawyer and understand what you can and cannot do.

Recognize that the other parent is an important part of your child’s life: even if you do not share an emotional bond with your former spouse, your child may still do. Also, be sure to play an active part in your child’s life and be sure to stick to your visitation rights if your child does move. In many cases, a child who leaves one parent to move in with another asks to move back soon after, so be prepared for that change as well.

Deciding who a child will live with after divorce can be difficult for both parties. At the Men’s Legal Center, we can help you navigate the difficult process of custody negotiations, visitation and expenses so that your final agreement is in the best interests of both you and your child.