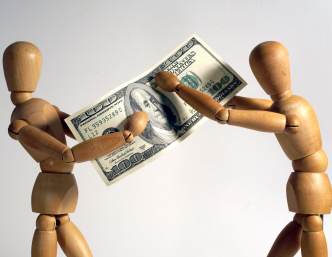 Florida has long been in line with just about every other jurisdiction when it comes to the laws regarding spousal support, also known as alimony.  However, the winds of change are starting to blow around the United States with regards to these laws, and Florida is one of the jurisdictions that is considering making adjustments to how the issue of spousal support is handled for couples who obtain a divorce in Florida.

Specifically, the change would relate to the duration of the payments.  As it stands now, these spousal support payments would be made in perpetuity.  However, the state legislature is attempting to make changes to this statutory language that would change the specific wording to ‘long-term’ support.  While this specific duration remains somewhat ambiguous, the law would remove the assumption that spousal support would have to be paid basically for the rest of the lives of the parties.

However, there appears to be somewhat strong opposition to this bill, as it in many ways does not clarify the actual term that would be attached to spousal support payments.  Therefore, while most critics are not necessarily against making adjustments to the nature of the statute and the existing perpetuity term, many want a specific term laid out before any bill would become a law and therefore govern these situations.

Clearly, the issue of spousal support is almost always contentious when people face it during the course of a divorce.  Therefore, any husband who faces the possibility of being ordered to pay spousal support in California needs to be made fully aware of the laws that govern and how the facts of a particular situation could play out in divorce court.  This understanding needs to be obtained from an experienced professional who handles these cases every day.

If you are facing the possibility of a divorce and you are concerned that spousal support could become an issue, you need to seek the help of San Diego spousal support lawyers who have been fighting for the rights of husbands for many years.  Contact the Men’s Legal Center today to schedule an initial consultation.