Fired for Going Through a Divorce? 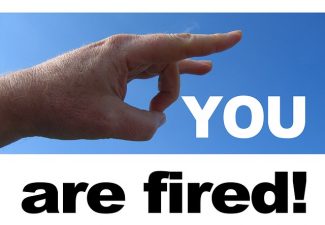 The New Jersey Supreme Court has ruled that workers going through a divorce or separation cannot be discriminated against by their employers. The Court made their ruling known in late June.

Reason for the Decision

The Court’s decision stems from a case involving a man who was fired from his director of operations position with a rescue squad in 2006. Also working for the squad was the man’s then-wife, his mother-in-law and two sisters-in-law.

After the man admitted to having an affair with a squad volunteer, he and his wife decided to divorce.

Fearing that the divorce could turn “ugly,” a supervisor notified the squad’s board, which decided to terminate the man. In their letter of termination, though, the board cited a poor job performance rather than the divorce.

After a trial court dismissed the man’s original case for wrongful termination, New Jersey’s appeals court reversed the ruling – sending it to the state Supreme Court.

While the Supreme Court’s decision does not exclude disciplinary actions for divorcing workers who cause disruption in the workplace, it does mean that they cannot be fired simply because they are divorcing.

California is an “at-will” state, meaning that an employer can dismiss you at any time, with or without cause. There are, however, exceptions that prevent termination based upon:

If you feel that you’ve been wrongfully terminated, one of the keys to winning your case is keeping copies of any communications – letters, phone logs, etc. – between you and your former employer. It’s also helpful to keep copies of performance evaluations and employee handbooks.

Here at The Men’s Legal Center, our mission is simple: to ensure that men get a fair shake in all aspects of their divorce.