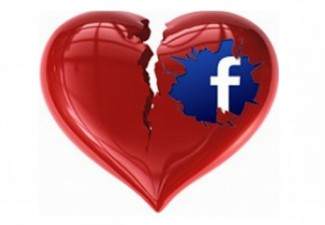 A “scapegoat” is the term used for someone who takes the blame for something, even if it was someone else’s fault. It is easy to blame others and even to blame technology when a marriage ends. After all, some couples spend more time online than they do with each other, and this does not lead to marital happiness in most cases.

Dubbed a “Facebook” divorce, the number of social media-fueled divorces is on the rise. A 2011 University of Texas study shows that non-social-media-users were 11.4 percent happier in marriage and less likely to think about leaving their spouses than heavy social media users. Another study by a British legal services shows that fully one-third of all divorces mentioned “Facebook” in the filing, and 81 percent of all divorce attorneys had noticed an increase in filings since Facebook became popular. A similar 2013 study from the University of Missouri showed that relationships less than three years old were particularly vulnerable to Facebook-related conflict, and a recent Boston University Study supported these findings.

The problem with blaming Facebook, social media or the Internet in general for the rise in divorce rates, however, is that no one has established a direct cause-and-effect relationship between the two, nor are they likely to do so. After all, Facebook users choose to log on and may choose to chat with others and develop relationships outside of marriage while ignoring their spouses, a sure way to pave the road for divorce. Is Facebook simply a tool, or is there more to the problem than that?

While Facebook makes it easy to connect with ex-boyfriends or girlfriends, chat with strangers and start a clandestine relationship, as well as drawing attention away from a partner, the platform does not force anyone to log on. Many researchers are now asking the question of which comes first: an unhappy relationship leading to Facebook use or a Facebook user who makes bad choices? Both are probably contributing to the higher divorce rates for social media users.

Some couples are fighting back by limiting social media time and even forming corporate Facebook accounts, such as “John and Jane Smith.” For those who want to use social media, it is wise to be open and honest in all dealings with this platform and never hide any communication from a spouse.

If you are struggling with a failing relationship and feel that divorce is the next step, contact the Men’s Legal Center for advice and help.