Divorce Happens... Even to Crocodile Dundee! 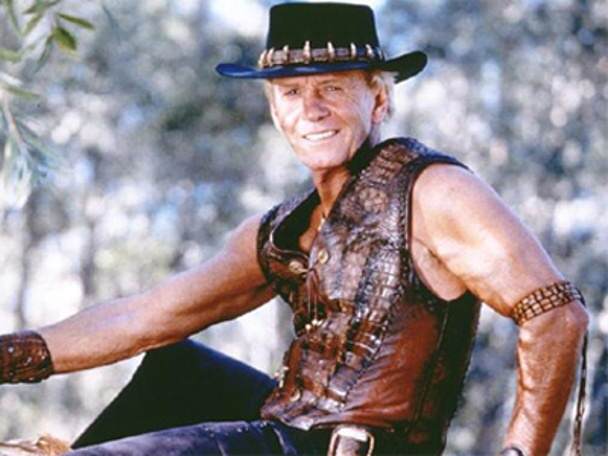 Having assets of $20 million and a 23-year marriage cannot prevent you from facing the realities of divorce, as Paul Hogan, star of the Crocodile Dundee movies, is finding out.  His wife, Linda Kozlowski Hogan, has filed for divorce from the former Australian movie star, citing irreconcilable differences, according to recent reports.

Hogan and Kozlowski met on the set of the first Crocodile Dundee movie in 1986.  Hogan caused a scandal when he left his first wife, Noelene Edwards, for Kozlowski after the movie finished filming, and reports at the time stated that the decision nearly bankrupted him.  Hogan was married to Edwards twice, once from 1958 until 1981 and again from 1982 to 1986.  The couple had five children together.  After his divorce from Edwards was final, he and Kozlowski married and had one child.

The couple will probably agree to joint custody for their 15-year-old son and a certain amount of spousal support.  Linda Kozlowski plans to return to her maiden name, sources say.  The couple apparently sold their Malibu beach home recently, possibly in anticipation of an amicable split.

Many men who watch well-publicized divorces feel that the “divorces of the stars” have little to do with any realistic appraisal of the average man’s experience in divorce court.  However, like everyone else, stars must abide by certain laws when filing for and seeking a divorce from a spouse.  The fact that they have more money and more publicity than the average person does not negate the fact that the divorces will still be granted in the same California courtrooms as any other divorce.

In the case of Hogan, men can take a few lessons away from the star’s ill-fated marriages.  First, Hogan divorced his first wife only to remarry her again.  This is actually not as uncommon a phenomenon as many would think, especially if the financial fallout for the man was extremely negative.  Second, Hogan’s attempt to leave his wife of 27 years for a much younger woman did not bode well for him when it came time to settle his financial affairs in 1986.  Since that time, divorce laws have changed and while infidelity is not supposed to have an effect on settlements, it can still cost a male partner significantly.

Finally, Mr. Hogan’s marital woes can also teach the average person that, no matter how much you have or how long you were married, divorce is always a very real possibility.  It pays to have the advice and counsel of an experienced family law attorney if you are facing a divorce.