Do Divorce and Depression Go Hand-In-Hand? 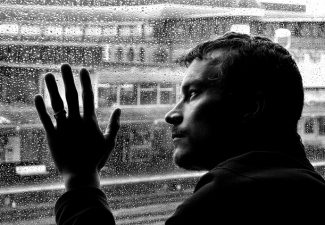 Will your divorce lead to depression? It’s more likely to do so if you already have a history of depression. That’s the finding from a study published in the journal Clinical Psychological Science.

We’ll discuss the findings in this issue.

MIDUS is a nationwide study used to get a bird’s eye view of the health and well-being of older Americans.

For the study about divorce and depression, researchers found that 60% of participants with a history of depression and who had divorced during the MIDUS study experienced a depressive episode before their follow-up assessment.

Most Are Resilient in Face of Divorce, Says Researcher

The researchers expressed their own surprise at the 60% – 10% gap between the two groups, but concluded that separation and divorce may merely aggravate underlying risks for depression that are already within a person.

“These findings are very important because they affirm the basic notion that most people are resilient in the face of divorce and that we do not see severe disorder among people without a history of a past depressive illness,” said lead researcher David Sbarra of the University of Arizona.

“If you’ve never experienced a significant depression in your life and you experience a separation or divorce, your odds for becoming depressed in the future are not that large at all.”

People With History of Depression Need Special Attention When Divorced

The findings are especially helpful, said Sbarra, for clinicians as they see patients suffering from depressions.

“It’s important for clinicians to (realize) that someone’s history of depression is directly related to whether or not they will experience a depressive episode following the end of (their) marriage. That means that people with a history of depression who later become divorced need special attention for support and counseling services,” he said.

Like many other legal matters, merely dealing with the process of divorce can leave a person emotionally drained. When one factors in the associated emotional factors that often come with divorce, it’s even more clear why partnering with a divorce lawyer is a wise move so that you can better focus your resources.