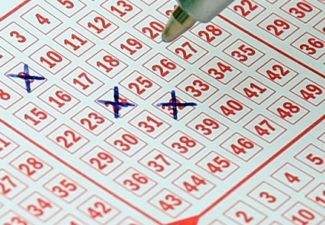 In a stunning example of how divorce laws vary from state to state, a separated Michigan man who won a $80 million jackpot was ordered to share half of his winnings with his soon-to-be former spouse.

Under California law, he probably would have been able to keep the entire jackpot.

It’s a clear example of how different states treat the idea of “community property.”

In this issue, the San Diego divorce attorneys with the Men’s Legal Center will explain how a change made by the California Supreme Court dramatically impacted the notion of community property as it relates to marriage and divorce.

How did the Michigan man lose half his lottery winnings?

Even though the man took home more than $38 million after taxes and other deductions, the rest was ordered to be given to his soon-to-be former spouse.

While the couple had been separated for two years when he won the Mega Millions lottery, their divorce was not yet final.

Michigan law dictates that assets earned by the marital party before the divorce is finalized is community property and must be divided equally – even if the monies are collected after the divorce judgment.

Under California law, community property claims end when the couple is separated – not when the divorce is actually finalized.

Quoting directly from California Family Code Section 70, separation occurs when a “complete and final break in the marital relationship has occurred.”

If you’re going through a divorce, protect your interests by calling the Men’s Legal Center.

Divorce is a legal process, so it shouldn’t be an opportunity to “wing it on your own.” In other words, you need a skilled divorce attorney on your side so that you’re aware of all of your options and your interests are legally protected.

To make sure you’re in the best possible position for your post-divorce life, get in touch with us here at the Men’s Legal Center.