Why Can't Tennis Great Travel Out Of State With Her Child? 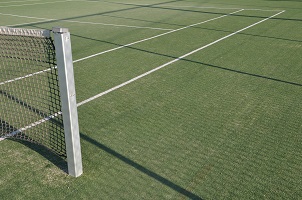 Shortly before the U.S. Open, the participation of tennis great Victoria Azarenka was very much in doubt. That’s because Azarenka became embroiled in a child custody dispute with her ex, Billy McKeague.

The two are parents to an 8-month-old son. Once the custody issue arose, both parents were forbidden to take their son out of California.

This case is actually a learning opportunity for divorced or divorcing parents to learn about the legal implications that are in place concerning children.

Why can’t Victoria Azarenka take her son out of state?

Shortly after the Wimbledon tennis tournament in July, Azarenka split with her boyfriend and father of her child. Shortly thereafter, the two engaged in a battle over custody of their son.

What about custody laws?

Once custody issues have been settled by the court, things become much clearer. If you’re the parent with sole physical custody you may be free to move away with your children. The only hiccup is if your ex can prove that the move would harm the children.

If you have joint physical custody and your ex is not on board with the move, you’ll need to prove to the court that the move is in the children’s best interest.

Even if the terms “joint custody” or “sole custody” are on your divorce decree, the court is going to have a look at the actual parenting schedule if one of you is against the move.

When do restrictions kick in?

The moment you or your spouse files for divorce, you’re bound by the terms of the Automatic Temporary Restraining Orders (ATROS). At its core, ATROS prevents the removal or moving of the kids from the state without written consent that’s been previously given.

The other parent will be bound by its terms when the summons is served. All the ATROS terms will remain in effect until the final divorce judgment is made.

We strongly support divorced fathers who want to do right by their children. If you’ve got questions about your situation, get in touch with us by calling 619-234-3838 or by email.