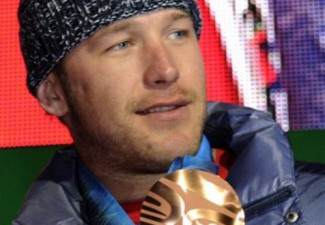 Olympic skier Bode Miller is locked in a custody battle with the mother of his nine-month-old son, whose name is Sam or Nate, depending on which parent you ask. Recently, Miller handed the boy over to the mother in Manhattan after a brief hearing, although permanent custody has yet to be decided.

The mother briefly lost custody of the child when a New York judge ruled the case should be heard in California. The mother is attending Columbia University and could not travel to California at the time to fight for custody. Miller and his wife have been traveling the world with the tiny boy, but this week a New York judge reversed the custody decision and granted physical custody to the mother.

The presence of children is almost guaranteed to make a divorce or separation more acrimonious, and this case is no exception. Miller and the child’s mother met through an online dating service and had only a brief affair, resulting in the pregnancy. The mother claims that Miller wanted her to have an abortion, but she refused. When she moved from California to New York, she alleged that she was only trying to better her situation by attending a prestigious school. The mother is a former Marine and was offered GI Bill funds to attend Columbia.

A referee later called the move “reprehensible,” but the appeals court overturned this decision, ruling that the mother had a right to move where she wished for school. This change in custody may mean that the winds of change are blowing for the child’s mother, and may hasten the time when the parents reach a settlement on the child’s placement.

Does a Mother or Father Have the Right to Move?

Does a mother or father have the right to move away when a custody battle is imminent or ongoing? Courts hold different opinions, but most judges agree that when one parent chooses to move far away, some of the burden of transporting the children must rest on that parent. However, it is sometimes difficult to come to these decisions. What happens in a case like this in which one parent is offered a scholarship to go to a prestigious school? What if the parent is transferred for work?

These and other questions can make custody battles difficult. A family law attorney may be able to help those who are facing potential child custody suits.