Are You Being Falsely Accused Of Domestic Violence During A Divorce? 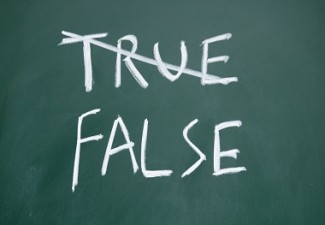 Nothing about the divorce process is easy, but it can become even more upsetting and tricky after a spouse makes allegations of abuse.  If charges of domestic violence are filed, then the situation gets, even more, complicated.  If you are the one being accused, you may face a long and painful legal battle ahead.

Restraining orders were supposed to be used as a means to protect people who are in dangerous situations, allowing them to keep the distance from the aggressor and maintain a feeling of safety.  Unfortunately, they are now also being used in divorce courts as a tool to gain an advantage through abusing the legal system.  Many people (women in particular) will seek a restraining order during a divorce in order to give them an advantage.  This is often done even when there is no evidence or proof of abuse because the protection order is issued immediately.  The inherent nature of what makes a restraining order effective also makes it easy to use as manipulation for an immoral person.

Men’s Legal Center has been protecting the rights of men for years.  We know the laws, and we know all of the curveballs and tricks that can be thrown at you by your spouse.  We understand that men can be the targets unwarranted actions in divorce and custody battles. Even though it may be easy for women to obtain a protective order, it does not mean that you have lost the case.

We can help you fight false allegations of abuse.

In order for your spouse to be issued a protective order, they must testify that they believe on is absolutely necessary in order for them to remain safe.  There doesn’t necessarily have to be any physical violence at all.  A protective order can be issued if there is emotional abuse or even just a perceived threat.  Even shouting at your wife during an argument can be justification for a perceived threat that will warrant a restraining order.

The issuance of a protective order often makes a divorce case much more complicated. Don’t let your spouse gain an advantage by making you stay away from your children during the custody battle.  Your attorney can assist you with creating the best strategy for attacking the allegations against you. It is essential that you gather evidence such as text messages, emails, voicemails, video or audio recordings, witnesses, and anything else to support your side of the case.

If you are getting divorced and you are concerned your spouse will seek a temporary restraining order to gain an advantage in the case, contact Men’s Legal Center immediately to schedule a consultation with a caring professional, and aggressive advocate for men’s rights in divorce.