$20 Million Settlement for Wrongful Conviction Up For Grabs in Divorce 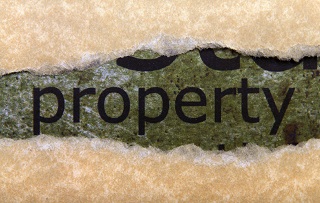 Here’s a head-scratcher for you: An Illinois man who spent 20 years behind bars for a rape and murder of which he was eventually cleared by DNA evidence, was set free and ultimately awarded a $20 million settlement for the wrongful conviction.

The hiccup comes in the form of a soon-to-be ex-spouse whom he met and married while in prison and who is demanding half of the settlement money.

Background on the Situation

The man met his wife in 1998 after he was convicted in a jury trial. The woman, who had an interest in the legal field, volunteered to work on his case. The two eventually fell in love and were married in 2000 while he was still serving a life sentence.

Just over two years after being released in 2012, the man filed for divorce – a case which is still pending. He was awarded the $20 million this year.

Is The Settlement Community Property?

Just a few weeks ago, an Illinois appeals court ruled that the man’s settlement is marital property.

Illinois, like California, is a community property state. Specifically, that means that “a marriage or the registration of a domestic partnership makes two people one legal ‘community’ and any assets acquired during the marriage is ‘community property’” that belongs to both spouses.

Even though the appeals court has ruled that way, the man’s lawyer intends to take the case to the Illinois Supreme Court. “We feel it’s a further injustice to (our client),” the man’s lawyer said. “Hopefully, we’ll be able to reverse the appellate court decision. But if the result remains, hopefully a jury would only grant a nominal amount, if any, to his (spouse).”

The Man’s Argument to Keep The Money

The argument put forth by the man’s attorney is that his wrongful conviction began well before his marriage and he did not have the opportunity to take legal action until after his conviction was reversed in 2011.

“The injuries suffered (by my client) started before the marriage, continued through the marriage and will (continue) for the rest of his life,” the man’s lawyer said.

Steps in Dividing the Marital Estate in California

While that’s going on in Illinois, here’s how property is divided in a California divorce case:

To Make Sure You Get a Fair Shake, Call The Men’s Legal Center

Unfortunately, this is not a perfect world, and in many cases the process of dividing the marital estate is not so easy.

Divorce is a legal process with lots of potential twists and turns. That’s just one reason you need a skilled divorced attorney on your side fighting for your rights.

If you’re facing divorce or other family law issues, get in touch with us here at The Men’s Legal Center. Our number is 619-234-3838 or you can reach us via email.