What’s the Real Divorce Rate in the U.S.? 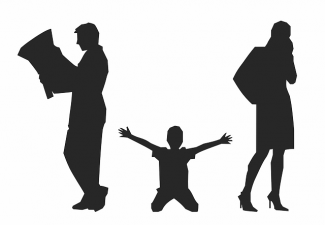 Chances are good that you’ve heard the old saying “50% of marriages in the U.S. end in divorce.” In this article, we’ll shine the light of truth on the accuracy of that buzz kill of a statement.

The half-of-all-marriages-end-in-divorce claim became part of the American fabric in the early 1970s. It was based on a flawed method of simply comparing the number of weddings and divorces in a given year.

Robert Hughes, formerly of the Department of Human & Family Services at the University of Missouri, said “The demographics of divorce are often incorrectly reported and calculated. The people getting married in a particular year are not the ones getting divorced in that same year.”

Speaking with TIME Magazine, Jennifer Baker of marriage and family therapy at the Forest Institute, said any number about divorce is bound to be “a very murky statistic.”

That’s because not all states actually collect marital data, and the numbers that are available change radically depending upon whatever methods and sources are used.

According to Baker, perhaps the best way to more accurately gauge the U.S. divorce rates is to identify trends within certain groups – all people who married in the 1990s, for example.

The Role of Age and Education

Tara Parker-Pope, a reporter for the New York Times and author of the book For Better, says that stability of marriages began to improve with each decade when women began going to college and putting marriage on hold.

Researchers at the University of Pennsylvania’s Wharton School found that age is a huge indicator of the longevity of the marriage. Of the college graduate couples who married in the 1980s at age 26 and up, 81% stayed together to see their 20th anniversary. Merely 65% of those from the same decade who married before age 26 reached the 20-year mark.

The Real Divorce Rate in the U.S.

Utilizing data from the U.S. Census Bureau, the percentages of all U.S. marriages that have ended in divorce is 31%. Keep in mind that number represents all marriages and remarriages.

Going back to the age factor, some groups are at a higher risk for divorce than others. For example, 41% of Baby Boomers – those between 50-59 – have experienced divorced.

Are You a Male Facing Divorce? Call the Men’s Legal Center

While the numbers above may ease your mind a bit in a “misery loves company” sort of way, if you’re facing divorce, you need expert legal advice more than company. Here at the Men’s Legal Center, our sole purpose is to ensure that men are treated fairly by the Family Court system.

We urge you to use our services to make sure you’re treated fairly in all aspects of your divorce – from the division of assets to fair custody rights of your children.