Find Out If Divorce Could Be Seasonal 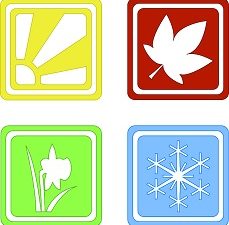 Many of us are familiar with the phrase “wedding season,” and typically use it in reference to the warmer months when brides and grooms tie the knot in droves. New research from the University of Washington tells us there may be a “divorce season” as well.

Focusing on divorce filings in the state of Washington between 2001 and 2015, researchers found that the numbers continually spiked in March and August, which are the periods following traditionally favored times for winter and summer vacations and holidays.

Dr. Julie Brines, the lead researcher for the study, pointed to the possibility that partners in vulnerable relationships may forsake thoughts of divorce during vacation and holiday seasons in hopes of improving their situations.

“(Vacations) represent periods in the year when there’s the anticipation or the opportunity for a new beginning, a new start, something different or a transition into a new period of life. It’s like an optimism cycle, in a sense,” said Brines.

Brines and colleague Brian Serafini presented their findings at the annual meeting of the American Sociological Association in Seattle in late August.

Vacations & Holidays Often Fail to Live Up to Expectations

Despite that yearning for a new beginning, vacations and holidays can be emotionally-charged events that expose weak points in a marriage. The researchers said they believe the pattern in filings is a direct reflection of the feeling of disillusionment experienced by unhappy spouses when the holidays and vacations do not live up to expectations.

Time Needed to Getting Ducks in a Row?

While spouses with children may opt to file for divorce in August – after the family vacation but before the start of school – what explains the filing spike in March?

Researchers believe the spike is caused by spouses that need the time after the winter holidays to get their finances in order, select an attorney or strengthen their resolve and find the inner courage to file for divorce.

Not the First Time Divorce Season Has Been Noticed

These latest findings are backed up by previous reports on several legal sites which found similar patterns.

Back in 2014, Avvo published details of a report that revealed a 40% surge in the weeks leading up to Valentine’s Day of people looking for information about divorce lawyers.

The Men’s Legal Center is a fantastic resource for men facing divorce and other family law issues throughout the calendar year!

Whether you need help with your divorce, paternity issues, child custody and visitation rights, wills and trusts, property division, spousal support or something entirely different related to family law, our sole purpose is to make sure that men have all the resources needed for the best possible outcome.

Get in touch with the professionals here at The Men’s Legal Center by calling 619-234-3838 or by sending an email.