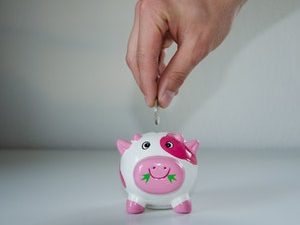 Although we’ve talked extensively about the subject of spousal support, the tax rules associated with the spousal support have just been upended by new legislation in Washington, DC.

In this issue, we’ll go over the changes in spousal support and explain why some folks won’t see changes at all.

As we wrote previously, spousal/partner support are interchangeable terms used to describe payments from one spouse to another after divorce. Its overall goal is to ensure that both partners are able to adjust to life after marriage without another sudden jolt to their lifestyle.

How has spousal support been changed?

It’s not spousal support per se that’s been changed, but rather its associated tax rules. Before the new legislation, the person paying the spousal support could deduct it from his or her taxes, while the one on the receiving end of spousal support had to report it as taxable income.

The new rules, however, mean that the payer of spousal support no longer has the associated tax deduction and the one receiving the payments does not have to pay taxes on it.

The new rules for spousal support taxation take effect on divorces finalized on Jan. 1, 2019 and after. Many tax specialists are still scratching their heads over whether or not spousal support agreements that are modified after the rules become active will be subject to the new tax law.

Does this mean I’ll have to pay more in spousal support?

Not necessarily. In fact, because those who pay spousal support will no longer have the tax deduction, a reasonable argument may be made by the payer that the previous agreement is no longer affordable.

Of course, if you’re paying or receiving spousal support – or feel that you will in the future – it’s best to talk with a tax preparer.

If you’re a man facing divorce, we urge you to get in touch with us here at the Men’s Legal Center. Our sole purpose is to make sure men have the resources and knowledge they need for the best possible outcome in family court.