How Will Your Child React to Divorce? 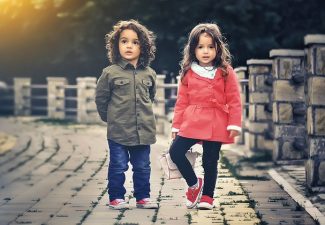 A new report from the American Academy of Pediatrics provides a fascinating look at common reactions of children of divorce.

We share some of the report’s findings in this entry.

How many children are affected by divorce each year?

While it’s difficult to pin down a hard number, it’s safe to state that it’s more than one million children annually. The reason that it’s difficult to know for certain is that the Centers for Disease Control and Prevention stopped gathering that type of data in 1988. At that time, the number was already at more than a million.

A 2009 American Community Survey found that just 46% of children reached the age of 17 while still living with both biological parents who were married before or around the time of the child’s birth.

How do children react to divorce?

According to the report, many factors are at play when it comes to an individual child’s reaction to divorce. These can include the age of the child, the child’s temperament, the ability of the parents to focus on the needs and feelings of the child, and more.

There are, however, somewhat common reactions that can be anticipated based on the child’s age.

When they turn 4 or 5, they may begin to blame themselves for the divorce, begin to act out, experience nightmares and express fear of being abandoned.

Here’s the bottom line for divorced dads: even though your marriage has ended, your responsibilities as a father have not. Let your children know how important they are to you. While they may not always tell you, deep inside, you mean a great deal to your child.

If you’re a man facing divorce, we urge you to get in touch with us here at The Men’s Legal Center. Our sole purpose is to make sure men have the resources and knowledge they need for the best possible outcome in family court.