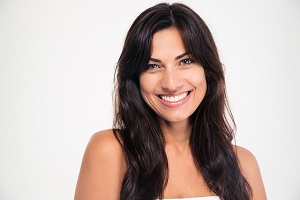 There’s hardly any doubt that the decision to divorce your spouse or partner can be difficult. Regardless of the circumstances, the divorce will serve as a marker in the lives of everyone involved and affected by it.

In many instances, though, couples see divorce as the logical option. For example, a recent article authored by a mother of two says her decision to divorce was the “best part of her marriage.” We’ll share a few thoughts from her article here.

If you’re considering divorce, get in touch with us here at the Men’s Legal Center. We’ve earned our reputation for being the best family law firm in San Diego. Our sole mission is to make sure you have the resources for success during and after your divorce.

How Can Divorce Be The Best Part Of Your Marriage?

In her article, which is published on Romper.com, the author is forthright in saying that she “had a horrible marriage and a fantastic divorce.”

Like many who are considering divorce, the author was pressured by relatives and friends who encouraged her to stay in the marriage for the sake of her two children.

She also admits to being caught up in the love affair that many have with the idea of marriage. Accordingly, she was thrilled with her engagement ring and posted social media messages of love for her husband on their anniversaries.

The truth, though, was that her marriage was far more troubling and complicated than she hinted. In fact, she viewed her marriage as some form of trap rather than an accomplishment.

Divorce Was Her Freedom

The author admits that she probably stayed in her marriage for too long. When she finally left her husband, people close to her were falsely assured she would be miserable and sad.

The truth, though, was that her separation felt like freedom and that when her divorce was finalized, she was happy for the first time in a decade.

As we wrote in a recent entry, divorce doesn’t make you a failure. For many, divorce is a sign of changing and a new chapter in life.

If you’re considering divorce, we urge you to secure legal representation so that you’re fully protected in your post-divorce life. You can receive a free phone consultation and make your appointment by calling 619-234-3838 or via email.