Why Civilian Men’s Divorce Lawyer is Needed During Military Divorce 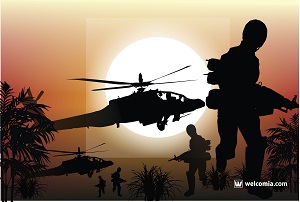 The latest data from the Pentagon tells us that the rate of divorce for male and female service members continued to hold steady at about 3% last year. That’s the fourth consecutive year that the rate has floated between 3-3.1%.

In this issue, we’ll talk about which branch and gender is experiencing the highest rate of military divorce, and talk more about the differences between military and civilian divorce.

Which branch of the military experiences the highest divorce rates?

How do military and civilian divorces differ?

In a previous issue, we talked extensively about some of the differences (child and spousal support, pension and child custody) between military and civilian divorces.

But there are other differences.

Also, if a default judgement has been made against you while on active duty, you may be able to have your case re-opened, especially if you were serving overseas at the time.

Are you a service man seeking a military divorce in San Diego? Call the Men’s Legal Center.

With about 110,700 active duty personnel and 118,300 family members here in San Diego, we’ve made it a point to know the ins and outs of the military divorce process, and can provide invaluable help and expertise every step of the way.

For more information about military divorce in San Diego, get in touch with us here at the Men’s Legal Center by calling 619-234-3838 or via email.