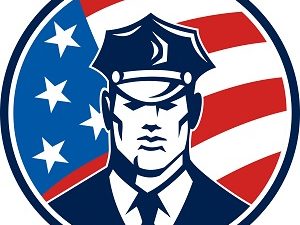 According to the latest numbers released by the Pentagon, 21,290 of the 689,060 active married military personnel divorced during the last fiscal year. That’s a divorce rate of between 3-3.1 percent.

Hidden in those numbers is the revelation that female troops are divorcing at a higher rate than their male counterparts. For example, the divorce rate among women in the U.S. Army is 275 percent higher than men.

How is the military divorce rate determined?

It’s important to keep in mind that different formulas determine the divorce rate among military personnel and the total divorce rate in the U.S.

To determine the rate of divorce among military personnel, comparisons of the total number of troop personnel listed as married at the beginning of a fiscal year and the number who divorce throughout that year are made.

For the total divorce rate in the U.S. – civilian and military – a ratio measured for every 1,000 residents is used. That ratio excludes the populations of five states – including California. The divorce rate for the air force is reported to be the highest rate in all the military branches.

Why do military couples divorce?

Just as with all couples – including civilians – who decide to go their separate ways, there is no uniform answer as to why military couples opt for divorce.

A Pentagon spokesperson said, “Military families are unique and make tremendous sacrifices on behalf of their loved ones in uniform. At times, the military life brings the joys of promotions, the stress of deployments, and adventure of travel.”

Do I need a civilian divorce lawyer for my military divorce?

While all military personnel has access to basic legal services, the bulk of the help falls into the category of “general advice.”

A civilian divorce lawyer, however, can provide you with the expert advice you need throughout the entire process of your military divorce.

Military divorces can be complicated. In a recent issue, for example, we outlined the new method used for dividing military pensions in San Diego.

Are you a service member seeking a military divorce in San Diego? Call The Men’s Legal Center.

Our active-duty military personnel are deserving of the best support possible while they defend our country and freedoms. We’re glad to live in a city with over 110,000 military personnel, and are proud of our reputation for helping service members through the military divorce process.

There’s a world of differences between military and civilian divorces, and we’re experts at knowing them all.

For more information about military divorce in San Diego, get in touch with us here at the Men’s Legal Center by calling 619-234-3838 or via email.