What’s Best for the Child: Unhappy Parents or Divorce? 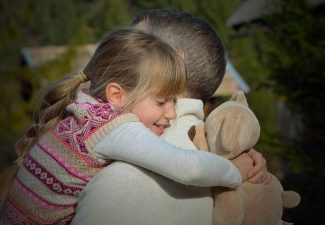 Is it best to stick with a marriage filled with disharmony and discontent or cut your losses and file for divorce? If you and your partner have children, that could very well be one of the hardest decisions you could make.

While most parents will do just about anything for their children, including staying together in an unhappy marriage, continued conflict may actually do more harm to the child than divorce.

What Does the Research Say?

There have been studies that tell us negative impacts of divorce on children have their origins in the tension and anger that came before the breakup.

It is believed that conflict among the parents does the most damage to the children when it:

A study carried out by the Pew Research Center found that while the notion that a child needs a home with both parents generally holds true and is considered the “ideal,” attitudes change dramatically if the parents are unhappy.

Among the 2,020 participants in the Pew study, 58% said that divorce was preferable to staying in an unhappy marriage. For the respondents who have actually been divorced, that number jumped to 76%.

The viewpoint was that while a child definitely benefits from a home with two parents, the overriding factor is what is optimal for the child rather than what is considered by society as ideal.

In other words, as long as the child receives love, discipline, consistency and access to both parents, divorce is in many cases the preferred option.

While any reduction in stress will be better for the mental health of all involved, there will most likely be emotional fallout when divorce initially occurs. The Pew study found that regardless of how much preparation was carried out for the child on behalf of the parents, divorce will most likely be at first met with shock.

Because divorce is much more common and is generally more accepted in today’s society than in previous generations, it can be easier for now for children to adjust to the new family dynamic because more of their friends have probably experienced the same thing.

For More Advice and Help With Preparing Your Children for Divorce, Call The Men’s Legal Center

Anyone going through a divorce should seek the counsel of others. Men in particular need to make sure their parental rights are protected so that open lines of communication with their children can be better maintained.