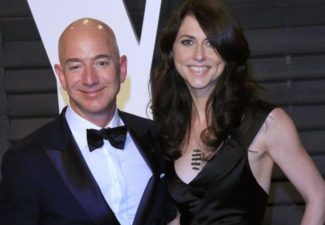 One of the most stunning revelations of the Jeff Bezos divorce announcement is that he never signed a prenuptial agreement with his wife, MacKenzie.

In this issue, the San Diego divorce lawyers with The Men’s Legal Center will talk more about why the Bezos fortune is at risk, and why prenuptial agreements make sense in today’s culture – even for people who are neither celebrities or wealthy.

Would a prenup have protected the Bezos fortune?

It’s likely that a prenup would have saved Bezos many headaches with his divorce.

There are two main reasons he should be concerned:

In community property states, wealth and property that were accumulated during the marriage is divided equally between the spouses.

Whatever assets belonged to either spouse before the marriage is considered to be separate property – and is protected.

A few examples of a protected property include:

They sure are! In fact, a recent survey of divorce lawyers revealed that more millennials in particular are increasingly requesting help for drafting prenuptial agreements.

What if I’m married and don’t have a prenup?

You can still protect your assets with a post-nuptial agreement (postnup). We wrote about postnups in a previous issue. We even shared advice for how to approach the idea with your spouse or partner.

Like prenups, postnups are becoming increasingly popular. The same group of divorce lawyers surveyed about prenups confirmed that 51% of their members had seen an increase in the need for postnups.

Writing a prenup or postnup is not a DIY job; call The Men’s Legal Center for help.

Prenuptial and postnuptial agreements have a host of limitations and loopholes, and there’s really no way to predict how a court may rule on any such agreements. That’s why it’s crucial to have professional and skilled legal help to guide you through the process.