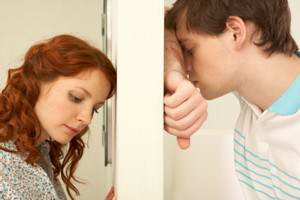 For generations, people have quietly complained about their in-laws, and it’s gotten to the point where in-laws have been mercilessly parodied in films and on television. However, the relationship that spouses have with their in-laws is obviously important, as these relationships can help to define the quality of that marriage – for better or for worse. Recently, a study was completed that took a closer look at the importance of these relationships from both sides of a marriage.

According to conclusions drawn by researchers at the University of Michigan with funding from the National Institutes of Health, the son-in-law is the one who seems to hold the key for happy marriages. Of those people who were tracked and asked, those husbands who reported a close relationship with their in-laws wound up in marriages that were 20 percent less likely to wind up in a divorce. Generally speaking, this result was not seen as a surprise.

There was one surprise conclusion drawn from the study, however, and that concerned the wives or daughters-in-law. Specifically, the research found that when wives declared that they were close to their in-laws soon after they were married, their marriages were 20 percent more likely to wind up in divorce. This was obviously an unexpected result, but one that was explained by the theory that in these situations, perhaps the in-laws feel too comfortable offering advice to newlyweds.

Clearly, any relationships between spouses and in-laws can be complicated for many different reasons. However, in-laws are not the main reason that marriages do not work for some people – there are many different reasons for that unfortunate result. What matters in that context is that someone who is facing the end of a marriage takes steps to obtain legal help.

If you are facing the end of your marriage, you need to seek the help of San Diego divorce lawyers who have been fighting for the rights of husbands and fathers for many years. Contact the Men’s Legal Center today to schedule an initial consultation.