Study Reveals Women Do Not Think Favorably of Shared Custody 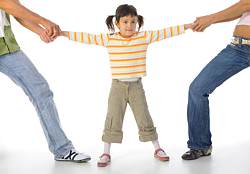 In recent years, several different jurisdictions have moved towards a presumption of shared custody of children when the parents of a child or children split up.  The reasoning for this move in general has been to promote the best interests of the child who would be better served by maintaining a close relationship with both parents.  While this shift has had many positive effects, it seems that some of the negative results based on the perceptions of those involved are beginning to come to light.

One example of this development involves the release of the results of a study performed by researchers at Kansas State University.  They reviewed the situations of 20 women who had been involved in shared custody arrangements with the fathers of their children.  Nine of those women reported that they had a ‘continuously contentious’ relationship with the fathers of their children and that they were only sharing custody because they were ordered to do so.  Seven others stated that their relationships with the fathers were contentious at the beginning but improved over time.

The results of this study have been met with mixed reactions mostly because of the small sample size, but experts who have commented on this effort have stated that it should not be a surprise that a sea change in the law is not being overly well received.  Over time, this presumption will become the norm and most people will likely not think twice about it.

Every contested child custody situation is difficult for those involved to handle, and each of these battles will take its toll and leave behind some emotional scarring that could take time to heal.  However, those who are facing this situation need to be sure that they are doing everything possible to properly protect their legal rights.

If you are a father facing this situation, you need to seek the help of San Diego child custody lawyers who have been fighting for the rights of fathers for many years.  Contact the Men’s Legal Center today to schedule an initial consultation.