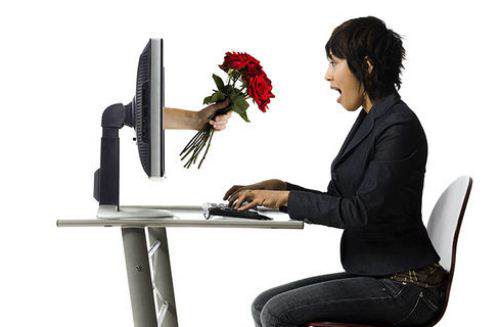 The Internet has basically changed everything about the way we live in the modern world, as things we never thought were even possible 15 or 20 years ago are now so commonplace we often think about how we ever accomplished them otherwise.  These aspects of everyday life include paying bills, keeping up with our correspondence, reading and watching the news.  Of course, the onset of the Internet Age has also brought about a new way of meeting our significant others, as dating sites have exploded in popularity since meeting online became possible.

However, much of society has viewed couples who met online as nothing more than a chance meeting that seemed a bit strange or abnormal in some undefinable way.  Given the general attitude towards couples meeting online, many people have assumed couples who met online and ultimately got married were more likely in due course to pursue divorces than people who met in more ‘traditional’ ways such as at school or at social gatherings.  Few if any pieces of research have ever challenged or even attempted to measure the accuracy of the notion.

However, this is all beginning to change, as a study was recently published in the Proceedings of the National Academy of Sciences took a long look at married couples who met online and compared their relative levels of satisfaction with those who met offline.  Needless to say, the results were somewhat surprising and they have already prompted many experts to call for more thorough research taking more factors into account.

The research involved a Harris Poll of approximately 20,000 Americans who got married between the years of 2005 and 2012.  Of those 20,000 people, more than one-third of them met online.  Approximately 8 percent of the people involved in this study who met offline got divorced; compared to only 6 percent of the people who met online.  This may seem like a small difference, but the researchers and others in the field found it to be quite significant.

One of the factors that stood out to both the researchers and to those who reviewed the study was demographics.  Only 3 percent of the people who met online earn less than $15,000 per year, while more than 40 percent of those who met online earn more than $100,000 per year.  This indicates that people who searched for significant others online looked for efficiency in meeting a spouse, but it could also lead to additional research regarding earning levels and divorce rates.

While all of this is quite interesting and it could lead to a change in attitude regarding couples who met online, the fact of the matter is, some couples will realize their marriages are not going to work and they need to put an end to it.  If this includes you, contact the San Diego divorce lawyers at the Men’s Legal Center to schedule your initial consultation today.