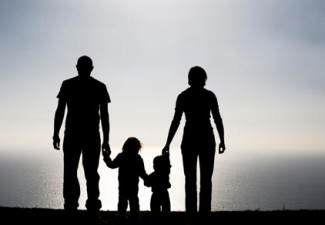 Do daughters really identify with mothers and sons with fathers? Several studies have led psychologists to conclude that the parent of the same gender as the child has a special influence on that child’s development. While children love parents of the opposite gender, they share a special bond with the same-sex parent. Therefore, fathers have a very strong influence on the behavior of sons, while mothers have a strong influence on the behavior of daughters. Speak with one of our child custody lawyers today.

How Same-Gender Parents Influence Their Children

Gender identification is one of the basic building blocks of children’s personalities. Regardless of whether parents stay together or not, children will look to the parent who shares their gender for cues as to how to behave. This begins very early and extends to adulthood.

If children receive negative messages from their parents about their same-sex parent, they may be stalled in their development. This can have lasting consequences for the entire family. Therefore, it is critical to allow children to develop a strong relationship with both parents even when the parents are divorced, unless there is a pressing reason not to do so.

While children identify strongly with their same-sex parent, it does not mean that they must always make the same mistakes. When approached correctly, behavior modification can be very successful, particularly if both parents are supportive.

What these findings mean for the average man going through a divorce is that he should take steps to shield his children from the harm that can come from a poor relationship with the former spouse. These steps include:

If you are facing a divorce, contact the Men’s Legal Center. We can help you with the legal aspects of your case, freeing you to focus your attention on helping your children deal with your impending divorce. Read more about special cases for child custody, such as child custody while traveling, or child support from a different state.